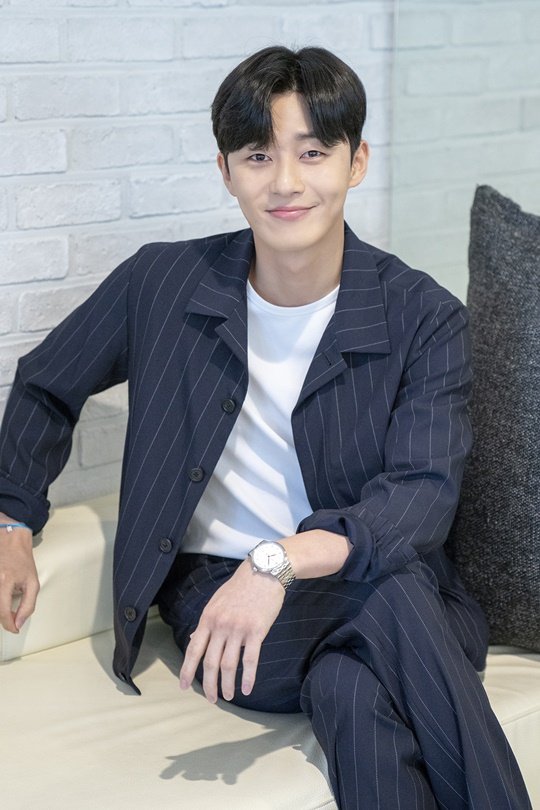 "What's Wrong With Secretary Kim"'s Park Seo-joon answered questions that cropped up about his uniform and the rumors about Park Min-young.

News that Park Seo-joon and Park Min-young were seeing each other broke out on the 27th of July, right after the drama "What's Wrong With Secretary Kim" ended. Both agencies denied this fact.

Park Seo-joon seemed unaffected by this. "I had to see it; it was about me. It is wild guessing. I guess we have similar items and people think we went on a trip together. People who like fashion have the same items. Some have them in different colors. About the trip, I wondered if I had to show everyone my plane ticket".

Another controversy was that Park Seo-joon's baseball uniform number was her birthday. The number 34 could stand for Park Min-young's birthday on the 4th of March.

Park Seo-joon said, "It's just coincidence. I wanted a 27, but there was only 28 left and it didn't mean anything to me. This time I got a chance to change the number so I picked 34, which is Noah Sinderguard's number. I like the player".

About the scandal, Park Seo-joon said, "I didn't feel a need to explain. Those who want to believe it will believe what they want. I didn't want to look like I was making excuses".

"[Interview] Park Seo-joon Talks About Rumors With Ease"
by HanCinema is licensed under a Creative Commons Attribution-Share Alike 3.0 Unported License.
Based on a work from this source