[Interview] "Ruler: Master of the Mask" Yoo Seung-ho, "I look forward to my reward vacation" 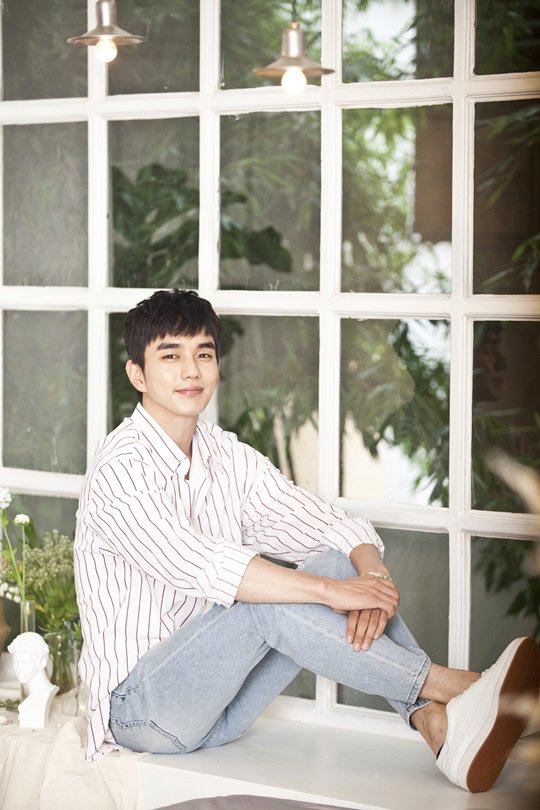 Yoo Seung-ho is very upright. He turned down a special administration offer to college and he joined the military when he was 21. He's a good example for many and he's grown up well.

Yoo Seung-ho starred in the MBC drama "Ruler: Master of the Mask" as Prince Yi Seon.

"Ruler: Master of the Mask" took 7 months to finish. It was longer than expected and Yoo Seung-ho thought he'd be happy once it was over. However, he says he misses being on site now that it's over. "I was hard but fun and I miss everyone. It's like this for every drama".

Yoo Seung-ho says he put a lot of effort in expression. He talked to his co-stars about details. He said, "When Yi Seon was a young man he was wearing a mask so he felt suffocated and guilty but when he was outside the palace he was energetic and joyful. I went back to being a little boy acting out this part. When he grew up, he hurt a lot as his mother and father passed away and the father of the woman I love lost her parents because of me. The mood of the drama went down several notches".

He claims he got a lot of help from those around him while making "Ruler: Master of the Mask". He remembers working with Heo Joon-ho the most. "I thought he'd be tougher on me. He told me if he did, my character would be more depressing. He told me to do as I wished and he would follow. I was grateful. The ending would have to be the prince sitting on the throne and Dae Mok being defeated".

Yoo Seung-ho left a strong impression with "Ruler: Master of the Mask" once again. He's not so much of 'the nation's little brother' anymore. "I am so happy people see me that way and I think it's all thanks to the way the drama flowed. I put in a lot of effort and many people around me helped to make it happen". 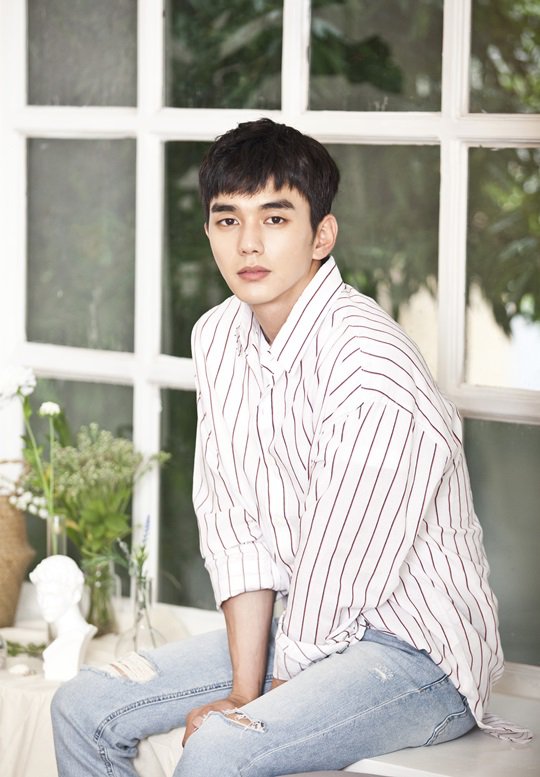 "I read all the comments. I look at them if the drama does well, but I don't see them if the drama isn't doing so well. I do that so that the comments don't influence me in my performance in the drama. I loved the comments that told me I 'act well'. It gave me a lot of strength. "Ruler: Master of the Mask" was a drama which allowed me to show who I really am. I couldn't help but feel anxious before that. I felt comfortable making "Ruler: Master of the Mask" and everyone who watched it also told me the same thing".

"Ruler: Master of the Mask" was a ray of sun for Yoo Seung-ho. "The Joseon Magician" and "Barefoot Ki-bong" failed terribly. He said he worried that "Ruler: Master of the Mask" wouldn't do so well either but it helped him quench his thirst. "I did worry about the results. If the director is the captain, I am in first class and it puts a lot of weight on my shoulders. If things didn't work out, it would have seemed like my fault. 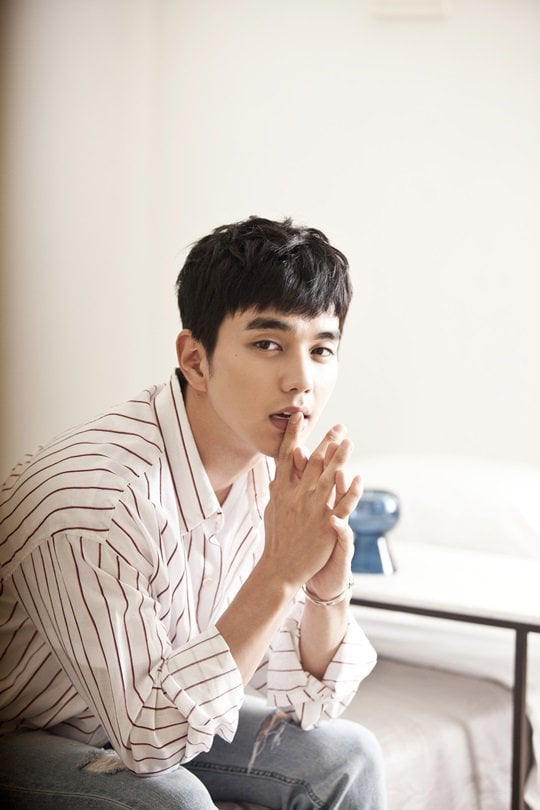 Yoo Seung-ho has been in movies and dramas continuously and he said he won't be in medieval anymore. "The costumes and wigs are so heavy. I don't think I'll want to be in another medieval for a couple of years".

Yoo Seung-ho debuted in the year 2000 drama "Stickleback Fish" and he's on his eighteenth year. "I think it's become a daily life for me. I have never thought of acting as 'work'. When I was young I did it because my parents made me do it but it's just become daily for me. It's fun and I am comfortable with it. I strive myself to do better every day".

"I feel happy when ever single cut is put together to make a final big piece. When that big piece is successful and I get good reactions to it, I feel even better. It's very addictive; this acting job".

If Yoo Seung-ho hadn't started acting, what would he be doing? I would be at school, being very ordinary. It's not like I have a knack for sports and I'm not that smart so I wouldn't have a job too". 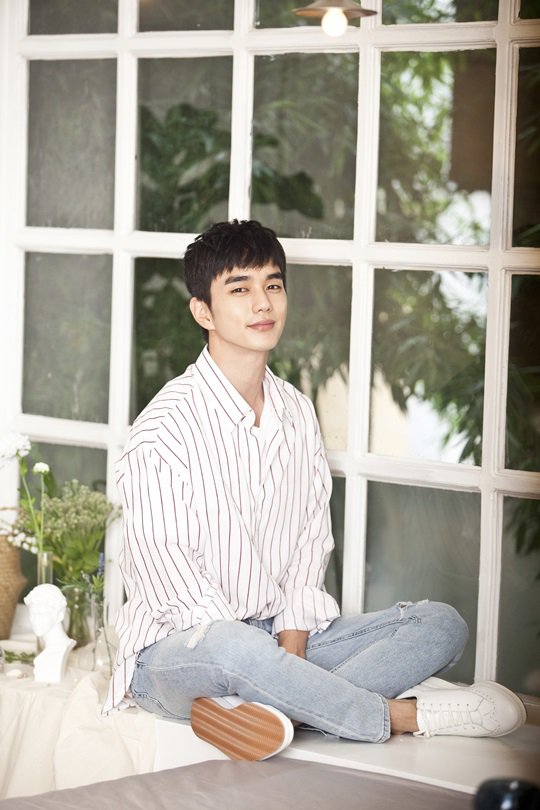 "For example, in Ilsan, there aren't many cars in Ilsan so when I am waiting for a light, I wonder if I have to wait until the 'walk' sign comes on. But then again, I worry that someone might take a picture and say, "This is who he really is". I don't know what's right or wrong. I have to be happy and I'm 25. I want to be comfortable with my life. As long as I don't break the law, I want to be able to cross the street when the light is still red". 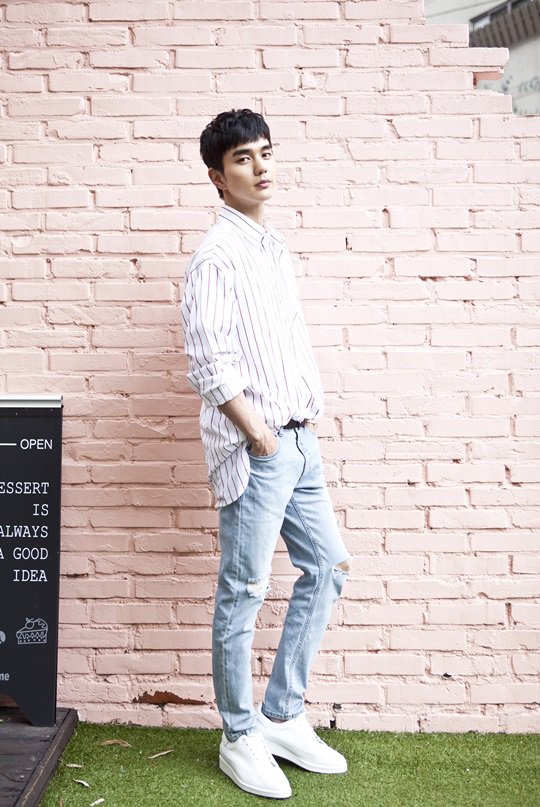 He doesn't have any SNS. "I just can't put up a selfie and write a cheesy comment about the weather. I don't like taking pictures. I don't mind having my picture taken but I just don't. I take pictures for proof like when I'm telling my mother where I am. My friends don't take pictures to. I don't think a lot of guys take pictures".

Yoo Seung-ho says he doesn't have celebrity friends. He likes playing computer games, snooker and bowling with his friends. He has a friend who farms so he helps with that too. "I enjoy driving my friend's truck around and enjoying a quiet dinner with music. It's a great thing to be with your friends". 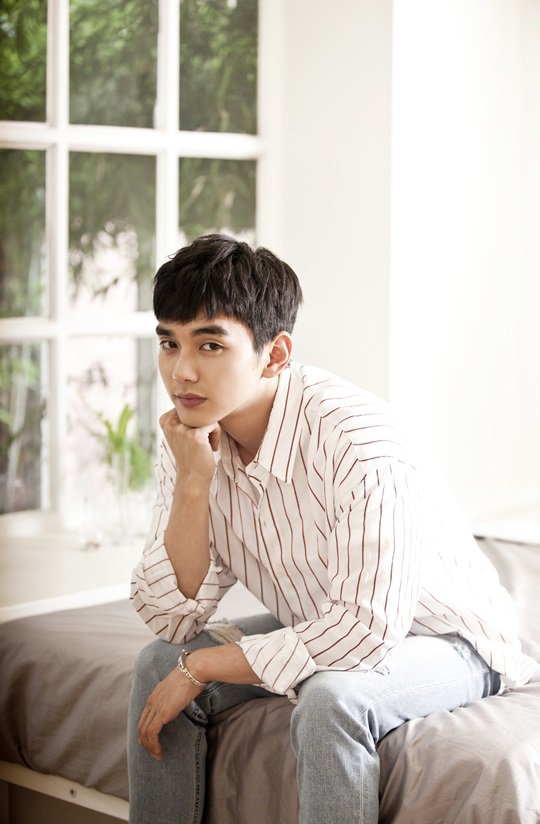 Yoo Seung-ho says he takes many people's thoughts into consideration when he chooses a drama. He says, "No one knows what a few words on paper will turn out like on camera. It's like gambling but you have to enjoy it and do your best. I think choosing a scenario that reads well and suits me well is the most important thing".

"I wish people enjoy what I do and the characters I perform. I don't need to be famous, but I would like people to enjoy what I do. That's my priority, to be a good actor and having people like it regardless of popularity".

"[Interview] "Ruler: Master of the Mask" Yoo Seung-ho, "I look forward to my reward vacation""
by HanCinema is licensed under a Creative Commons Attribution-Share Alike 3.0 Unported License.
Based on a work from this source