[Interview] Son Ye-jin, "I was at war with fear" 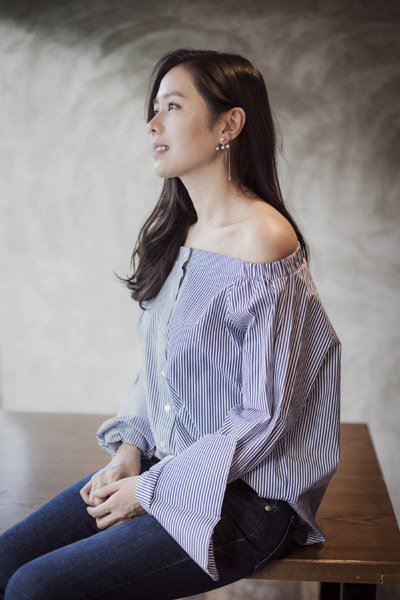 Actress Son Ye-jin said she was always at war with fear.

She's been in various types of movies but she always felt 'fear'. However, the source of her being able to concentrate on acting and only acting without a scandal in her 15-year career may be from 'fear'.

"The Truth Beneath" actress spoke honestly and boldly without any affectations. It was impressive to see how she spoke with her thoughts in her words and she introduced her new movie as 'another turning point'.

"The lights in the studio reveal my skin clearly and of course I don't like it. I want to look pretty and young. But this movie made me forget that. I put everything aside and became free".

The image she wants to show the public and the image she expects of herself put her through conflict but she's refined her values.

"My image isn't something I can make. It's been 10 years since my first image through movies and ads was created. That's my image".

"I chose "The Truth Beneath" with courage and I needed it not just because I was a mother with a teenage daughter. I am an active wife in helping my husband (Kim Joo-hyuk) run for the member of the National Assembly. At the same time, I struggle on my own to find my missing daughter".

"I just hope the public doesn't see me as a specific person. I have always attempted change but I can't help being aware of other people. I have survived that until now".

It's hard to find an actress who has been in various roles like Son Ye-jin. She claims she's 'run'.

"It would be a lie to say I've been happy all my acting life. I have had struggles and sometimes things didn't work out the way I planned too".

She gained the power to overcome her struggles through people. "I have many 'old' friends. My agency has been with me since high school, my make-up and hair designers have been with me for 14 years now. They are important to me".

Son Ye-jin mentioned she saw the documentary about the late Amy Winehouse.

"Art comes from experience, so what about me? I wonder if a healthy mind would bring out a better performance. An actress has to control herself and it's tough".

"I don't avoid stress intentionally". Whenever she feels stress, she goes on vacation. She loves to travel.

"I walk around in sportswear. There's no limit to traveling".

"[Interview] Son Ye-jin, "I was at war with fear""
by HanCinema is licensed under a Creative Commons Attribution-Share Alike 3.0 Unported License.
Based on a work from this source