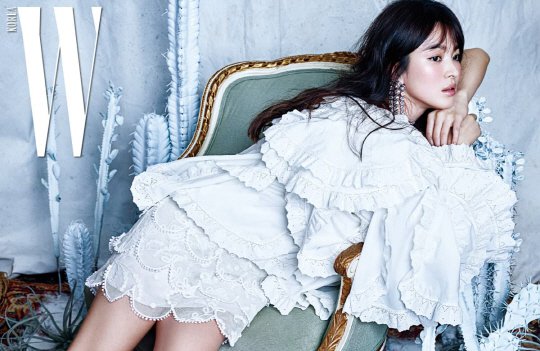 Song Hye-kyo mentioned Jeon Do-yeon, Kim Hye-soo and Jun Ji-hyun as actresses she would like to work with.

Song Hye-kyo talked about her thoughts on marriage, competition and friendship between actresses and looking forward to 40.

She was asked who she wanted to work with in the future and she said, "I imagined a picture with a bunch of actresses and it included Jeon Do-yeon, Kim Hye-soo and Jun Ji-hyun. I want to know how they are on site and what kind of synergy we could create".

"I heard a female version of "Ocean's Eleven" was in process in Hollywood. I wonder how great it will be if that happened in Korea. I also want to try working with Jun Ji-hyun and Son Ye-jin because they have colors of their own and they have had more movie experience than me. I wish we'd met sooner". 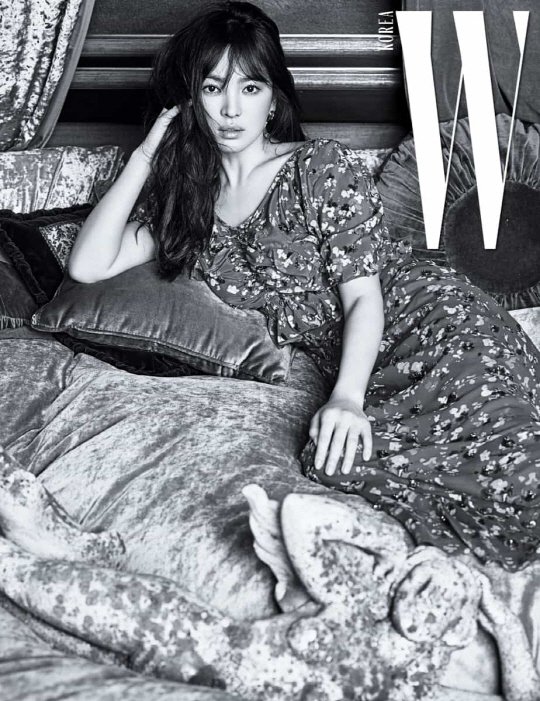 About her relationship with other actresses in her 20s she said, "I've always wanted to make friends with others. Song Yoon-ah, Choi Ji-woo, Park Sol-mi and Kim Hee-sun all adored me. However, in our 20s there is competition somewhere even if we don't intend to so there's a slight difficulty in creating friendship with one another. Now that I'm in my 30s, I want to know more of those ladies".

About marriage, Song Hye-kyo said, "Everyone is getting married and having children. I want to have that too. I thought it would be easy when I was younger but it's getting more and more difficult. There's a limited number of people I can meet and my standards have gotten more detailed. Fantasies about marriage disappear the more I listen to others". 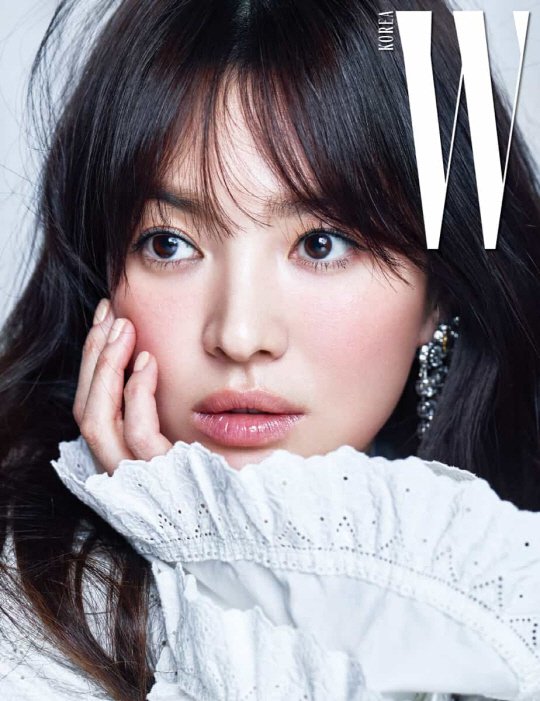 She claims she has no male celebrity friends. "I don't think there's friendship between men and women. I have no male friends. If I have to choose someone, I'd say Yoo Ah-in and Song Joong-ki, but that's it and all I'd do is buy them dinner".

Meanwhile, Song Hye-kyo won the KBS Acting Award for "Descendants of the Sun" and she's proven her reputation as the Hallyu goddess.

"[Interview] Song Hye-kyo, "I want to act with Jeon Do-yeon, Kim Hye-soo and Jun Ji-hyun""
by HanCinema is licensed under a Creative Commons Attribution-Share Alike 3.0 Unported License.
Based on a work from this source