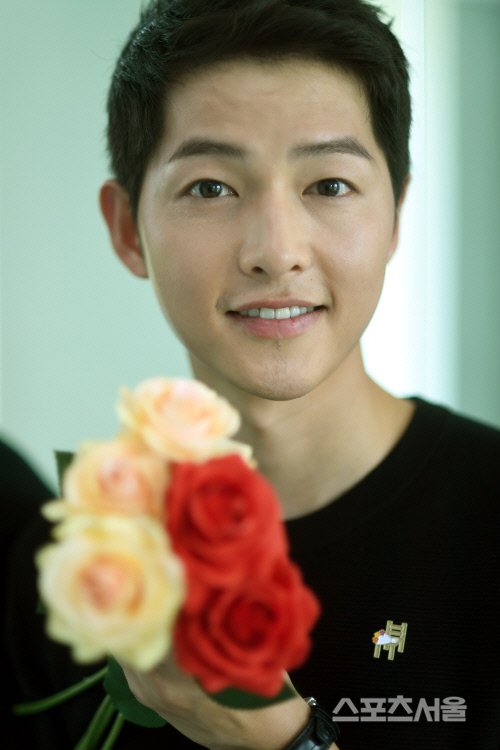 Actor Song Joong-ki celebrated the anniversary of Sports Seoul which was first published in the year 1985, the year he was born, too.

Song Joong-ki is remembered for his role as Yoo Si-jin in the drama "Descendants of the Sun" from last year. This year, he's coming back with the movie "The Battleship Island" as Park Moo-yeong.

Song Joong-ki is 32-years-old just like Sports Seoul. He was amused that they were the same age and sat down for an interview.

After Yoo Si-jin from "Descendants of the Sun", Song Joong-ki moved right onto "Battleship Island" and he still has that 'military speech' about him. 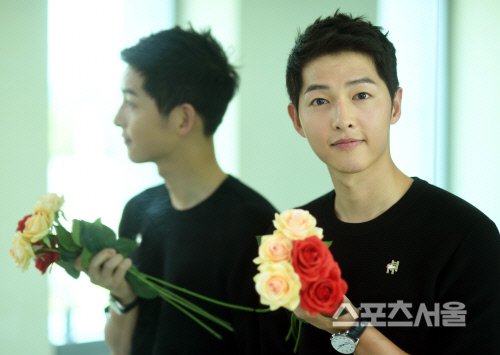 - Song Joong-ki: "I am friends with Sports Seoul!"

Song Joong-ki used the word 'friends'. He is known to have many friends in the celebrity world.

Q. You and Sports Seoul are the same age

Song Joong-ki: First of all, congratulations. I didn't know we were born in the same year. It's interesting.

I remember being interviewed by Sports Seoul when I was just a rookie. I was nervous but I didn't show it and thanks to those times, here I am now. Happy birthday Sports Seoul.

Q. What does being thirty-two mean to you? Did you have any unusual thoughts stepping into your thirties?

Song Joong-ki: I didn't think anything special. I did feel more responsible and felt more interested in society.

I was in the military when I turned thirty. It wasn't so special given the place I was at the moment. However, I did feel excited about the future ahead of me. 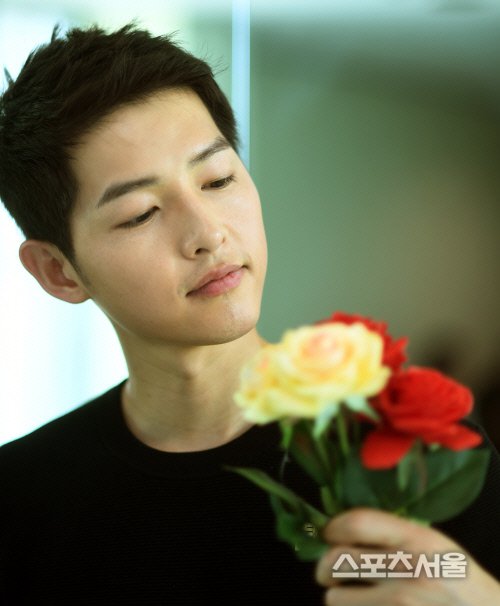 Q. As an actor and as a man, do you feel older and more attractive?

Song Joong-ki: Yes I do. Regardless of being an actor, getting older means paying more attention to those around me and my environment. I think these things influence me a lot as a person and as an actor.

We asked Song Joong-ki about what's on his mind lately and the kind of music he listens to. He is a young man living in the year 2017 but he likes 'old school'.

Q. You are young looking for your age. Any secrets?

Song Joong-ki: I think I look that way because I'm so fair. My parents gave me good skin and I don't really do much to take care of it but I think I should. There's nothing special.

Q. What does Song Joong-ki think about lately?

Song Joong-ki: I think about the movie "Battleship Island" and the new Korea.

Q. What kind of music or movies do you take interest in lately?

Song Joong-ki: I like old music and movies. I love hearing Tony Bennet's jazz music especially "Cheek To Cheek". I have also fallen for musical movies ever since I watched "Lala Land" and I came across Jarque Demi's 1992 flick "Cherboug's Umbrella". It was impressive.

"[Interview] Song Joong-ki, "Born in 1985! Those were my rookie days""
by HanCinema is licensed under a Creative Commons Attribution-Share Alike 3.0 Unported License.
Based on a work from this source