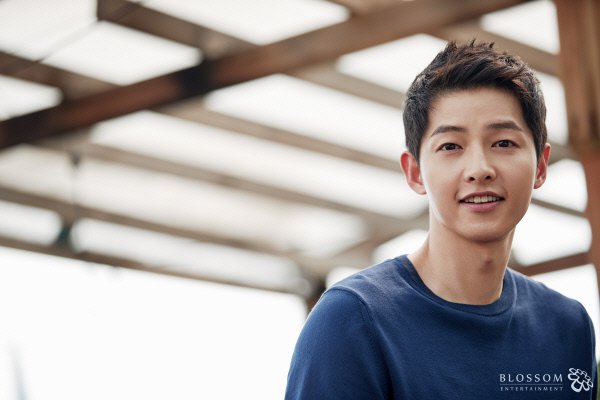 Actor Song Joong-ki is the hottest actor at the moment. He starred in the Japanese Invasion movie "The Battleship Island" and is getting married to Hallyu star Song Hye-kyo.

We met Song Joong-ki in a café in Seoul. "The Battleship Island" and 'Song Hye-kyo' were all that were on his mind.

■ Getting married to Song Hye-kyo, "Listen to the woman and all will be well"

"That's what many married people around me say. They say listen to the woman and the marriage will be a happy one. Cha Tae-hyeon listens to his wife well too".

"It's only right that attention is given to me and her right now. We are getting married. I guess the heat will only get bigger with time. I don't mind it. I have spent honorable times thanks to my popularity and I guess all this attention is only logical".

Everything about the Song Song couple is in the center of attention from wedding to their new home.

"When someone says something about someone, that becomes news right away. I am thinking about this. I am usually honest when it comes to speaking about me and Song Hye-kyo but we are human and there are some things we would like to keep private. So we are discussing to what extent we should open up about our lives".

There's going to be changes in life as a married man.

"It's only natural. I would just like us to be wiser after we get married and Song Hye-kyo is supporting me well with "The Battleship Island"". 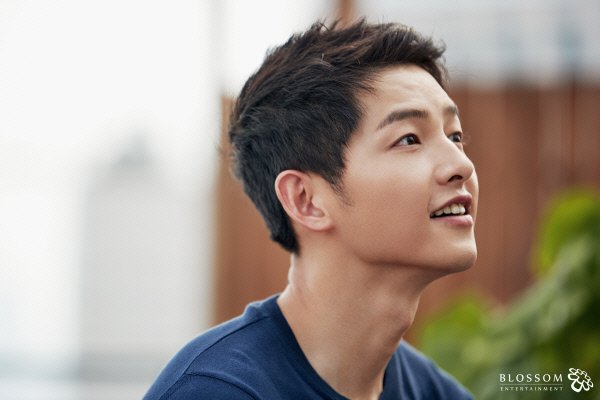 ■ The restraints of a 'socialtainer'? I'm careful about that

He says he's interested in period adventure dramas like "The Battleship Island" and "Deep Rooted Tree". He doesn't mind that he continues to star in them. We asked if he was aware of being shut in the restraints of being a socialtainer and he nodded his head. Influence must also come from Song Hye-kyo who has made several notes in society.

"I am careful about the restraints of a 'socialtainer'. I am more careful becase it draws more attention. Still, I wish my urge to let out more creativity gets more opportunities. Of course, the social matters today have eased off a little".

He said something about movies based on truths like "The Battleship Island", "A Taxi Driver" and "Fork Lane".

"I welcome these movies. It's not timing but seeing as so many movies speaking the truth are coming out, complaints about the world has increased. These complaints have been let out through movies. It's up to the audience to find out how they feel about them". 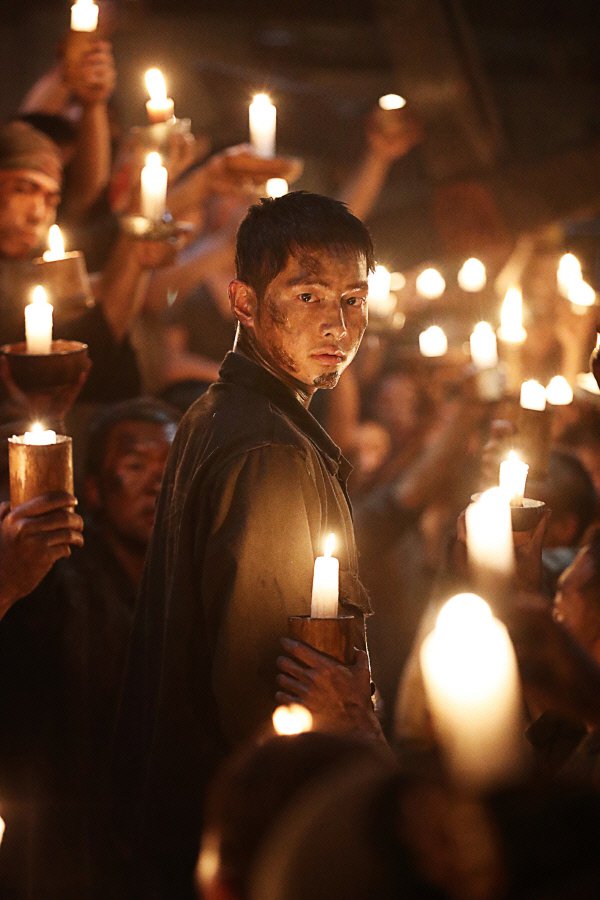 He takes on the role of OSS agent Park Moo-yeong. He also played a soldier named Yoo Si-jin in the KBS 2TV drama "Descendants of the Sun".

"The making of "The Battleship Island" overlapped with "Descendants of the Sun" at the very end. Still, I wasn't obsessed about my character. I knew that people would evaluate me as Song Joong-ki. I also wasn't bothered. I just wanted to stick to the rules of Park Moo-yeong in "The Battleship Island". I did have to cut my hair and I didn't want to, haha".

He admits there might be some restraints when it comes to Hallyu activity because it deals with the Japanese Invasion.

"I need to be more confident for my foreign fans. I don't want to cower. If "The Battleship Island" was not a true movie, I wouldn't have done it because that would be a lie. I agree to some of the worries around me but I want to be proud about it. I don't think I could work if I wasn't".

He hopes the movie succeeds.

"First of all, it's an honor to be in such a movie. As part of it, I hope it succeeds but I don't want to say how successful. It would be alright if Hwang Jung-min says it. Many want the movie to hit 10 million but I won't say anything. I just really want the movie to do well".

"[Interview] Song Joong-ki's keywords, #songhyekyo #thebattleshipisland #socialtainer #SongSongCouple"
by HanCinema is licensed under a Creative Commons Attribution-Share Alike 3.0 Unported License.
Based on a work from this source