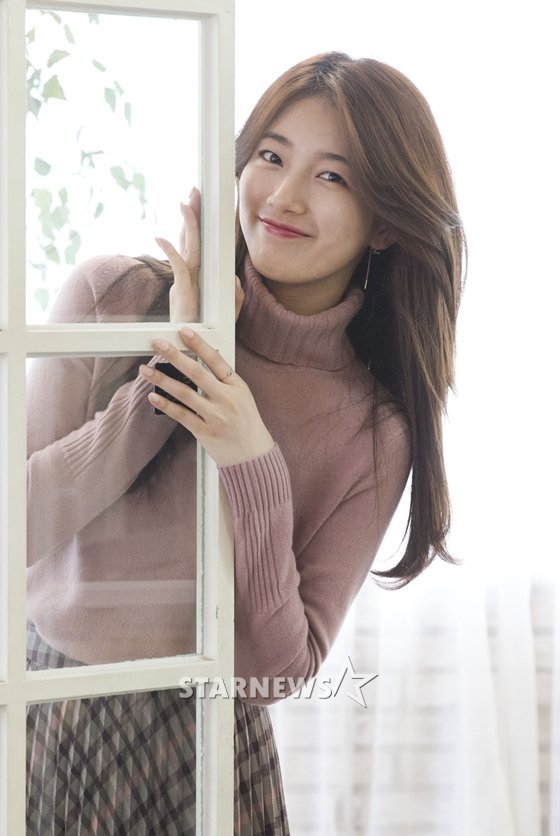 The movie "The Sound of a Flower" is the story of Jin Chae-seon, Joseon's first female Pansori singer. Bae Bae Suzy debuted in the year 2010 with Miss A and got to where she is today by acting and singing at the same time. The story of the child who dreamt of singing is just like the Gwangju girl Bae Suzy who also dreamt of being a singer. Bae Suzy said, "When I read the script, it wasn't hard to get into the feeling. I thought about myself when I was in training and I related to the tough times she must have gone through".

Bae Suzy became the nation's 'first love icon' with the movie "Architecture 101" but this is the first time she's starring in a movie with so much weight on her. It's as if she inherited Jin Chae-seon's boldness as she sang for 10 hours in the rain but didn't think that was a big deal. She tried not to think about the movie "Seopyeonje", a classic Pansori movie because she would feel pressure if she did.

Q: How was the movie?
Bae Suzy: There are some parts I wish I did better but I did my best so I feel good about it. My face looks a little swollen in the beginning. I felt the difference between the first half and the later half of the movie.

- It seems like you didn't wear make-up in the beginning.

I did get my eyebrows drawn lightly. However, the black on my face covered everything. The zits were real zits. I knew they would turn out like that. I didn't look nice and fair, but I did look innocent and pure. Weird thing is, as soon as I dress-up like Jin Chae-seon, I walked and spoke like her. I was able to concentrate on just being her. 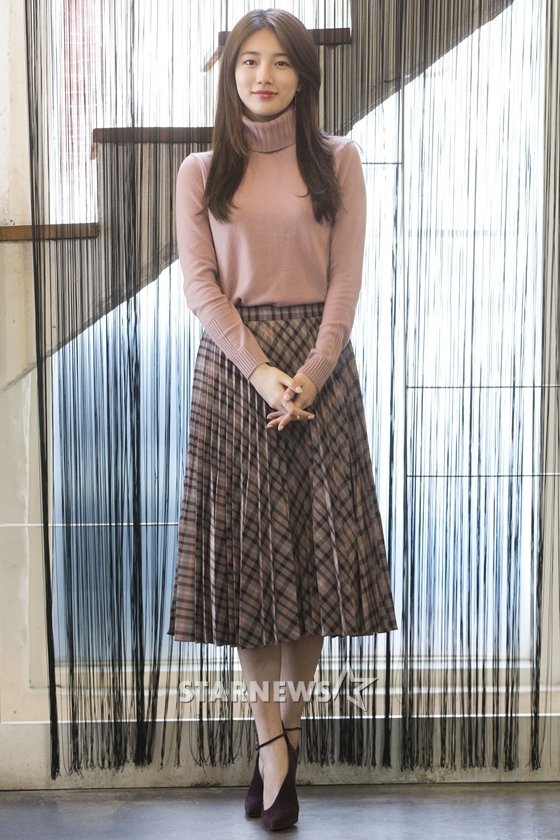 - This movie is about a female Pansori singer

It wasn't hard for me to get the feeling of the movie from since I read the scenario. I thought about myself when I was in training and the times when I faced struggles. I related to Jin Chae-seon and thought I would be able to pull it off.

- Since Pansori is different from regular singing, didn't you feel pressured?

Of course I did. I wanted to be in the movie but Pansori was a problem. I was pressured by the thought that I had to do this well because I am the first female Pansori singer. However, I fell deeper and deeper for the character. I just wanted to try it but it was very different and I realized it while I was learning. I had a mental breakdown. So, I just tried harder and harder.

- Did you think about "Seopyeonje"?

I knew what it was about but I thought the two movies were different. I didn't think about "Seopyeonje" and discussed many things with the director instead. 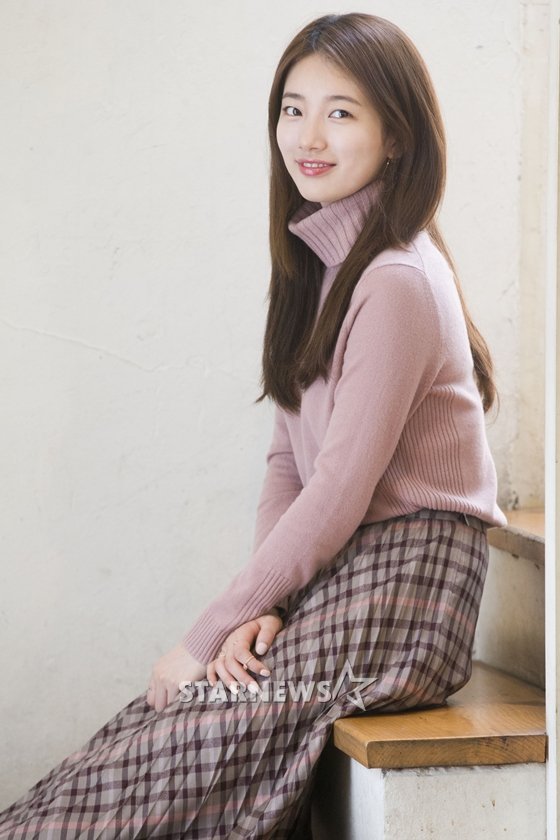 - Did it help to learn Pansori as a member of Miss A?

If singing is all about air and sound, I am more towards air but Pansori is times 200. It is louder and grander. I usually get told to put more voice in when I'm singing, but I changed. I think learning Pansori helped and I want to learn more if there is a chance.

- What was the most difficult scene?

The scene where I screamed in the rain. I screamed for 10 hours. My head hurt and blood pressure rose in my head. I thought I was going to die. It was like standing upside down. But I didn't want to fake it and make it obvious on the screen. I feel like I've grown thanks to this movie and learned a lot.

Jump to Part 2 of the interview with Bae Suzy.

"[Interview] Bae Suzy's bold growth phase - Part 1"
by HanCinema is licensed under a Creative Commons Attribution-Share Alike 3.0 Unported License.
Based on a work from this source