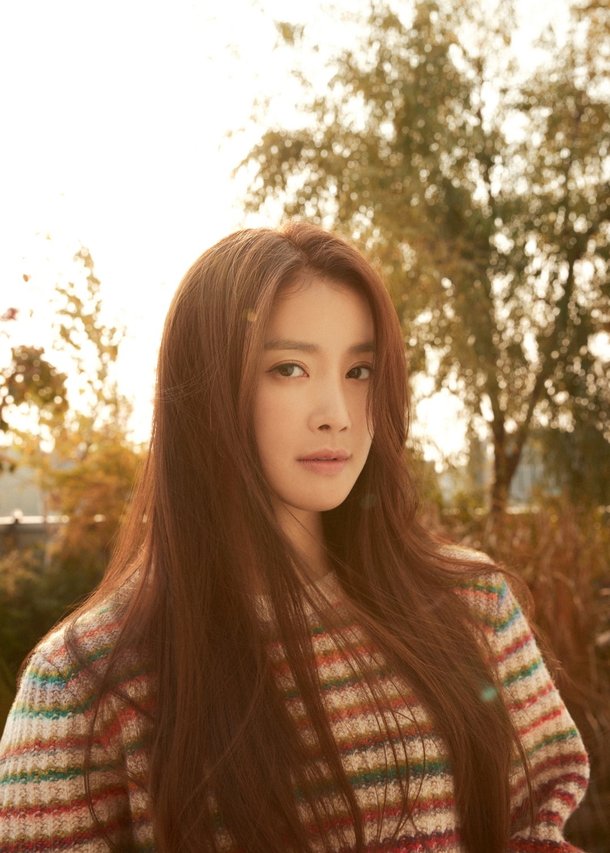 When the main trailer of Netflix's "Sweet Home" was released on the 7th, actress Lee Si-young was the first to make headlines. Her angry back muscles caught the eyes of viewers while fleeing from the monster. Even now, if you search 'Lee Si-young' on portal sites, 'Lee Si-young's back muscles' and 'Lee Si-young's muscles' appear as related search words. There were mixed admiration for Lee Si-young's physical care, which started with boxing and working out steadily, some doubting that it was CG.

Seo I-kyeong, played by Lee Si-young in "Sweet Home", is a firefighter from a Special Forces unit and is an independent figure who forms an axis of narrative. She bravely saves residents from monsters threatening humans everywhere, and sometimes goes off alone to dig up the truth of the incident. Seo I-kyeong, who lost her husband but is immersed in the present without time to grieve, is also a person who reveals her story with her eyes and expressions without any special lines or incidents. Lee Si-young, who recently met in a video interview, said, "I thought I should avoid looking like a warrior".

"There is no reference to Seo I-kyeong anywhere. I had no choice but to refer to I-kyeong's past story that the director explained. I talked a lot with the director about why I-kyeong was needed for "Sweet Home". Since she is the original character, she is free and has a lot of stories that are derived. It was meaningful that she was the only character who was active outdoors rather than a self-reliant woman. As I-Kyeong goes outside, the worldview expands. I tried to avoid emphasizing 'the warrior' or 'subjective female character' while talking to the director. We focused on the fact that disasters can come to anyone and that anyone, whether it's a woman or an old man, can become very powerful to protect someone precious to them". 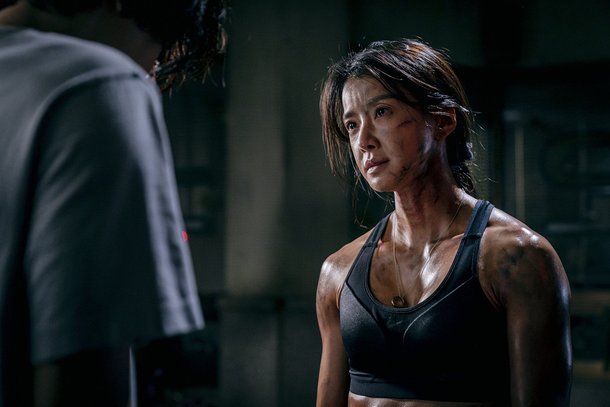 Lee Si-young smiled brightly, saying, "I think you can see it as CG", when her back muscles were mentioned. She also said she didn't know that she had such muscles in her back after watching the video. She didn't think they looked pretty, so she checked them out via video with her training instructor.

"I've shown action scenes in dramas and movies, but I've never done such revealing action before. It wasn't without any pressure. I focused on bulking-up because there is an action sequence that I had to do almost naked. I didn't know how the action would be made or where the action would be made until the very last minute. I thought I should build my body well without missing a single spot. My character has professional characteristics, and she used to be a Special Forces soldier, so I bulked up and ate a lot. I'd been controlling my eating habits for a week or two before shooting. It was hard to eat a lot. I had a hard time because right before the shoot, I had to stop eating. It took me about six months to become the figure of I-kyeong. The delay in filming was a good thing because I had another month or two to work out. This is the first time I worked out so long for a piece of work".

She became a hot topic with muscles rather than her acting, and she was more popular with action than expressing emotions. Lee Si-young's latest films "No Mercy - 2019" and MBC's "SF8" (Blink) also feature her as an action character. Lee Si-young said that as an actress, she doesn't mind the focus on action and body rather than her acting. She considers herself lucky.

"I'm not tired of continuing to exercise and practicing action. To be honest, I'm grateful. I think there were times when I thought about it before. Now, I think I'm lucky to be an action character. Fortunately, I like exercising, so I'm grateful that I can show it in my work. I wish I could do more works. If I have to exercise and prepare for that, I think it'd be a happy time for me".

"Sweet Home" ended season 1 with a variety of suggestions at the end. Lee Si-young is also curious about I-kyeong's future. She said she was curious while filming and that she still doesn't know anything about it, adding, "I'm not sure if season 2 will be produced". She also expressed her gratitude to director Lee Eung-bok, who suggested her appearance.

"I think my participation in Sweet Home was meaningful and an honor as an actress. I was personally happy to be with the actors and the director. A lot of people are saying nice things, but I think the director did a great job. Even though I have that body, I wouldn't have had a chance to expose it without the drama. It would be great if "Sweet Home" would allow me to appear in other films".

"[Interview] "Sweet Home" Lee Si-young, "I'm Lucky to Have Started 'Action'""
by HanCinema is licensed under a Creative Commons Attribution-Share Alike 3.0 Unported License.
Based on a work from this source