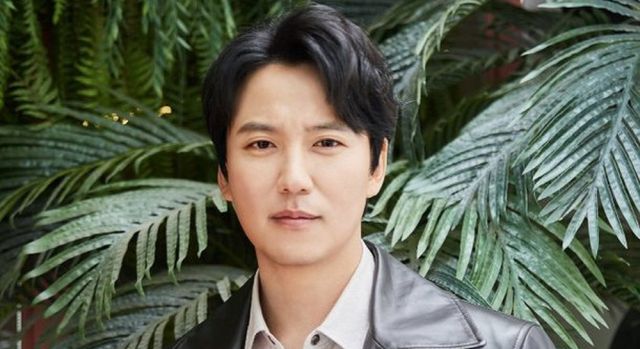 "I like B-class comedy movies like "Shaolin Soccer", "The Funny Movie" and "Dachimawa Lee". My comedy comes from Stephen Chow and Im Won-hee. When I first started comedy in "Pirates" (2014), people said that it was truly me. I have a standard when it comes to choosing movies and dramas, and that's if the message is clear and if there is humor behind it. We need laughter in our lives".

The interview was full of laughter. He was a born-storyteller. His jokes lightened up the mood and there was no 'bad guy' to be seen around him. We are talking about actor Kim Nam-gil, who recently starred in the SBS Friday / Saturday miniseries "The Fiery Priest", which ended on the 20th. 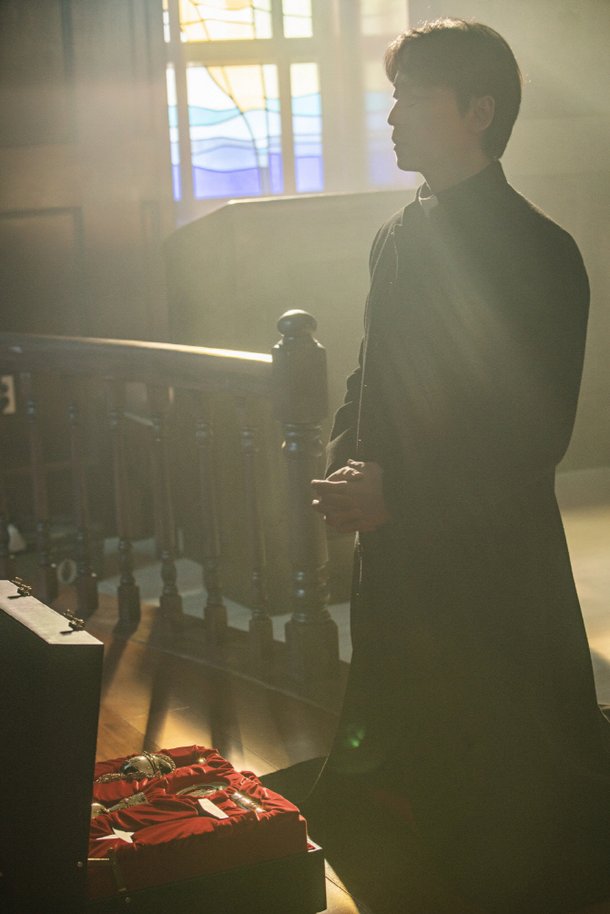 Kim Nam-gil played Kim Hae-il, a former special agent and current priest. His anger management issues are the traumatic result of when he was an agent, so he's always losing it. However, his anger for justice was reasonable. His comedy and hidden parodies such as the satire of the club Rising Sun, which mocks the Burning Sun issue, contributed to the drama's popularity. The final episode of the drama ended with 22.0% (according to Nielsen Korea).

The actor gave credit to his colleagues. Eum Moon-seok in the role of Longde, Ahn Chang-hwan in the role of Ssong-ssak and Ko Kyu-pil in the role of Oh Yo-han were in the limelight. Kim Nam-gil said, "Everyone was perfect. Thanks to that everyone evenly got their share of the spotlight, and I'm most happy about that". This is also a reason why season 2 is in discussion right now. "I wish the members of season 1 can join the next season too", he hopes. 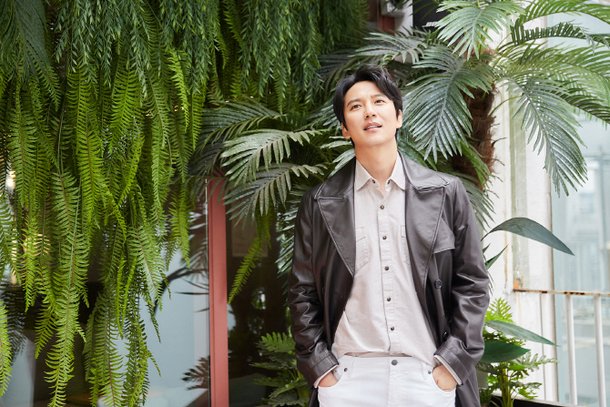 Another factor of the drama was the dynamic action. There were a lot of action scenes where Kim Nam-gil had to use his long legs, thus the injuries to the wrist and ribs. The production told him to take a break, but Kim Nam-gil had a different approach. He felt responsible for the viewers. He continued to film on painkillers. He said, "Everyone around me paid so much attention to me when I got hurt that it was almost embarrassing".

There was word of concern regarding the fact that he was a 'violent priest'. However, Kim Nam-gil, who is of no religious background, put more weight on the fact that his character was a former special agent. While preparing for the drama, he met priests in person and realized the images of priests and his character are completely different. There were some who actually gave him confidence. Kim Nam-gil said, "Thanks to this opportunity, I became close to one of them. The anger my character portrays is justifiable for the sake of the happiness of others". 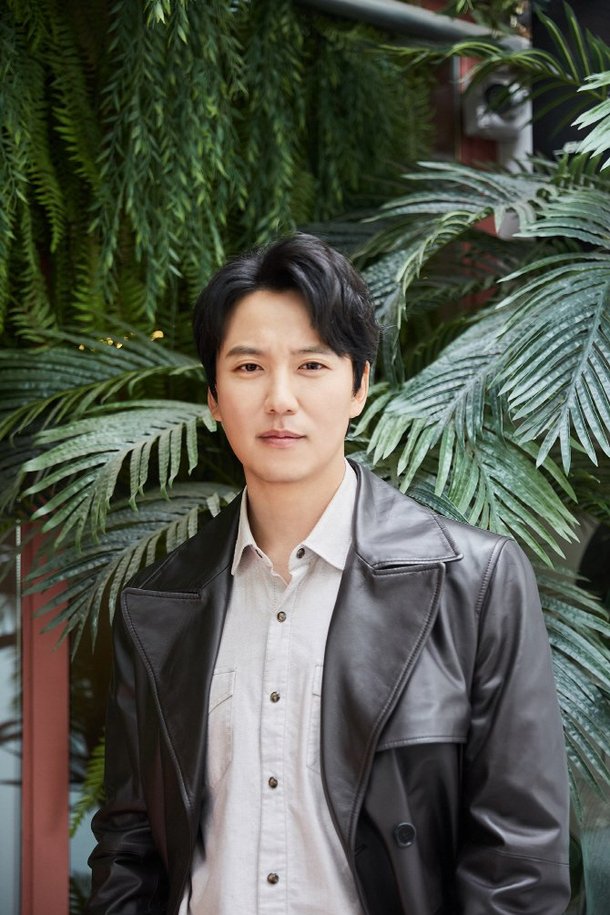 Kim Nam-gil debuted in 2003 through MBC and rose to stardom in the MBC drama "Queen Seon-deok" and SBS "Bad Man". Then he suddenly left for National Service right after "Bad Man". "It was a chance for me to force my excitement down", he says. He sends the message of alternating happiness and sadness. He said, "I always commit myself to something thinking this could be my last piece of work". That's what he tells his juniors too.

We asked about the ordinary Kim Nam-gil. He replied that he's just a part of society. He enjoys hobbies like running and listening to music, he takes the subway from Suwon to Gangnam, and sometimes drives his small car. He also doesn't put weight on evaluation or numbers, but tries to make the most of his days. He claims he doesn't seek prizes, although he's a candidate for the Best Actor in Dramas at the 55th Baeksang Arts Awards.

"I used to put meaning into everything when I was young, and when I wasn't on the list of candidate I would be suspicious. However, from some point on, I realized that was me being rude to my colleagues and the staff that work with me. I decided not to care. I am happy to see senior actors be chosen for awards. It's a place for celebration. I plan on celebrating". 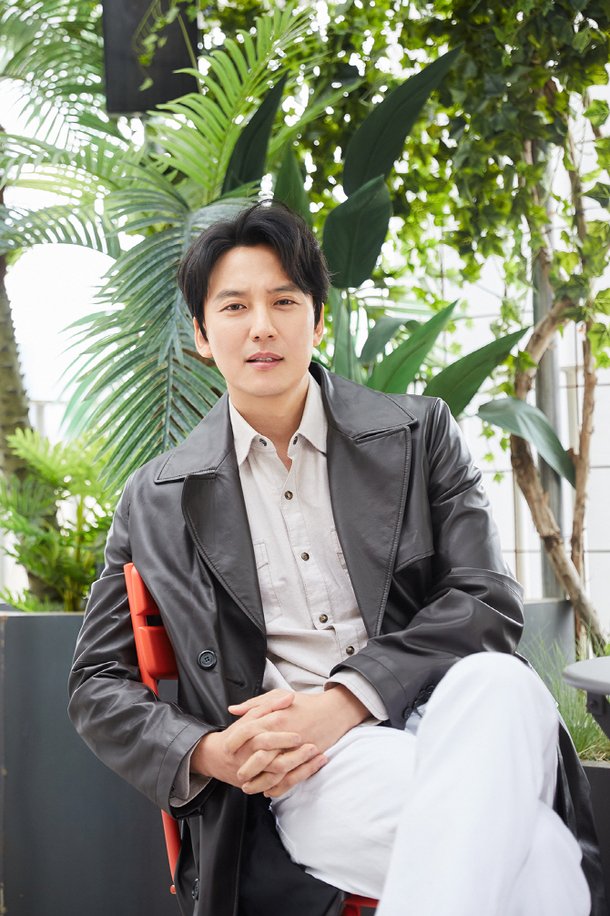