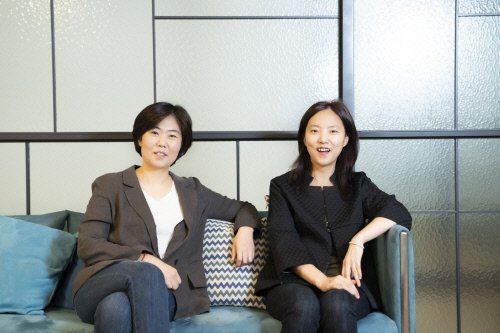 Above all, the Hong Sisters have continuously come up with fantasy dramas, with the start of "My Girlfriend is a Gumiho", then "Master's Sun", and "A Korean Odyssey" and finally their accumulated capability was in full swing with "Hotel Del Luna".

"It was in 2009 when we wrote our first fantasy drama and that was "My Girlfriend is a Gumiho", said Hong Mi-ran. "The leading character was a woman who wasn't human, and that eventually led to Jang Man-wol. "Master's Sun" was the start of our ghost story and it was based in a hotel. We couldn't rent a hotel at the time, so we did just one episode and thought it was fun that dead guests came to the hotel. This time we could plant as many ghosts as we wanted by building a hotel for the drama".

Hong Jeong-eun said, ""My Girlfriend is a Gumiho" was supposed to be this ambitious fantasy drama, but computer graphics at the time weren't easy and we were limited to having the tail show only in one episode. Now that conditions are better we thought we could do more to visually entertain our viewers, and it was fun making that happen. There is more we can do with the development of CG". 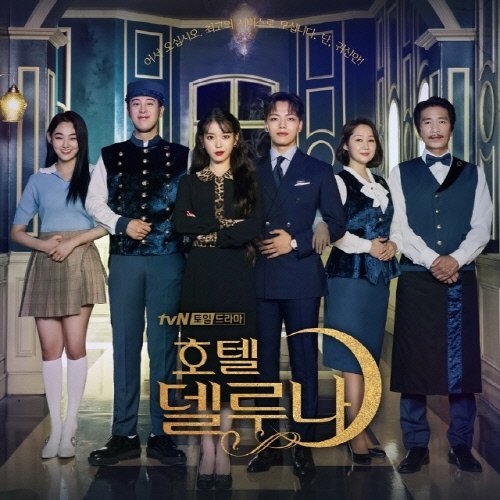 "Hotel Del Luna" by the Hong Sisters was directed by Oh Choong-hwan and his sensational skills, and their characters were three-dimensionally drawn thanks to IU, Yeo Jin-goo and the other cast members. In particular, the Hong Sisters couldn't help but praise the good work of IU and Yeo Jin-goo.

Hong Jeong-eun said, "There was no one else to play this role except for IU. The director wasn't kidding when he said he 'wouldn't do it if it isn't IU'. When the script and the synopsis came out, IU was the only Jang Man-wol we could think of. We even said we'd go ahead if IU said yes, or scratch everything if she didn't". Hong Mi-ran added, "All actors and characters have their own appeal. Jang Man-wol looks fancy and lush, but when she's alone she looks bitter, and we saw IU in that".

Hong Mi-ran talked about Yeo Jin-goo next. "We call him 'Jin-goo oppa' and we hope he becomes a greater actor who appears in movies and dramas. He was promising as he grew up and he's capable of enduring it and being responsible for his reputation". Hong Jeong-eun said, "He's genius and hard working. He'll definitely make something out of himself if he continues this way". 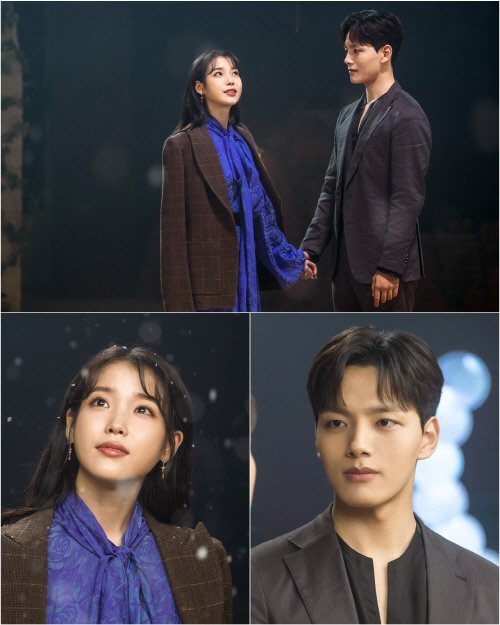 Many want to know if there is a "Hotel Del Luna 2". The final epilogue of the drama showed Kim Soo-hyun renaming the hotel "Hotel Blue Moon". "We're not saying specifically that there will be a second season", said Hong Mi-ran, "but usually dramas like these don't have a second season". Hong Jeong-eun also drew the line saying, "'Blue Moon' means that the hotel lives on".

As popular drama writers, the Hong Sisters' past works "Warm and Cozy" and "A Korean Odyssey" weren't so successful. Therefore, it must not have been easy making "Hotel Del Luna".

Hong Mi-ran said, "We were able to talk and discuss things together. We can look ahead into future works. The character and concept of this drama were pretty intense so we wondered if we should try a different style, but we decided to go ahead with what we do best. This time, we focused on something that strongly sticks when we set the comedy and characters of the drama".

Hong Jeong-eun said, "We sought what we do best and decided to go with fantasy, because what we technically couldn't do in the past was possible now. Now is a time when we can have fun with images". 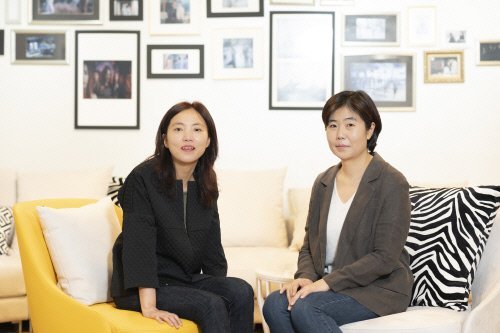 The Hong Sisters have had a lot of previous plagiarism controversy. There was even criticism that "Hotel Del Luna" was very similar to "Usemono Inn". In February, the court ruled in favor of the Hong Sisters on the claims for damages resulting from copyright infringement, not to mention a dispute over plagiarism in "A Korean Odyssey".

Hong Mi-ran said, "The case on "A Korean Odyssey" is over. It was a lesson well learned that someone's writing can become an issue without it having to be true or specific. At first we were in denial, but now we put up arguments if we have to".

"There was no official claim that "A Korean Odyssey" was plagiarized. All this blew up because of a baseless post that came up on a blog a week before someone's novel was published. We couldn't help it back then. All 22 points of similarities weren't recognized and the plaintiff didn't appeal. We thought it was ridiculous", Hong Jeong-eun explained.

Hong Mi-ran added, "Acquiring ideas for fantasy isn't all creative. It's common to feel comfort in a ghostly space. There are similar bases in Japanese animations and movies and if we're told not to use that, then we can't do anything. They talk about it like we ripped off their ideas. A writer is able to take a subject and branch it out in her own ways. It's not fair to say that we plagiarized just because we work on the same subject".

The Hong Sisters are open to possibilities of their future works. Hong Mi-ran said, "It may seem weird and heavy, but I wanted to work on a concept that slavery resurfaced after the IMF". Hong Jeong-eun said, "We have something as light and fun as "You're Beautiful" and we have an occupational drama as well. We don't play, we work a lot. We can't promise there will be another "Hotel Del Luna" though. We'll take a short break and come out with what we have in store for you".

"[Interview] The Hong Sisters' Dreams Come True With "Hotel Del Luna""
by HanCinema is licensed under a Creative Commons Attribution-Share Alike 3.0 Unported License.
Based on a work from this source