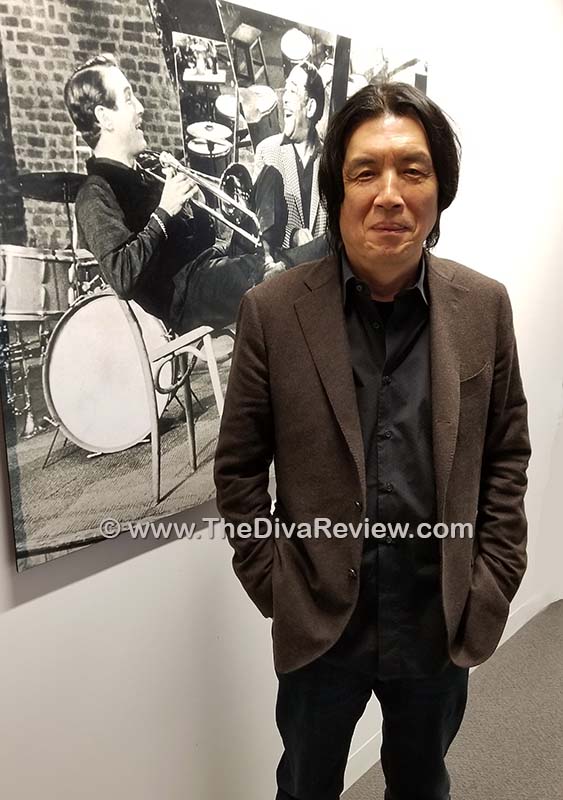 With a scant CV of a mere six feature films over 21 years, Director Lee Chang-dong has carved out an immutable place in cinematic history for his brash, beautiful, raw, often disturbing explorations of the human condition.

Director Lee attended the Museum of Modern Art's retrospective of his films, and was kind enough to sit for an exclusive chat with The Lady Miz Diva about the politics of rage, the mysteries of existence, and his hopes for young filmmakers in the streaming age.

In the second of two parts, Director Lee discusses his collaborations with some of the actors of his best-known films, and his thoughts on the growing worldwide visibility of Korean cinema.

Cinema of Trauma: The Films of Lee Chang-dong

The Lady Miz Diva: You are known for capturing incredible performances from your actors.  I'd like to ask about your collaborations.  I had the honour to speak with Mr. Sol Kyung-gu here in New York several years ago.  We were talking about directing styles, and he mentioned that there is a lot of pressure on a Lee Chang-dong set.

During that same time, I also interviewed Ms. Moon So-ri, who agreed with Mr. Sol that your sets are quite intense.  What did they mean by that?

Lee Chang-dong:  So, you said "pressure", but we can never know the exact Korean words that they used, so I'm going to go by what you said by "pressure".  But with "Peppermint Candy", in particular, Sol Kyung-gu was probably feeling pressured on his own, because he was a newcomer, and he had to carry an entire film.  The film was on his shoulders to make, so I think there was just a lot of pressure for himself to be able to carry the film.  When I think about when I was on set for that film, I've never raised my voice, and I'm never really about giving any sort of strict direction, especially when it comes to working with the actors.

hen it comes to acting, I really prefer the actors to find themselves in the character, and find themselves living in the situations, themselves.  I'm not someone to tell them, or to instruct them how to express whatever in a certain sort of situation.

I think, if anything, one of the things that I say a lot to my actors is, "Don't act". {Laughs} That be a bit flabbergasting to actors, because, 'Wait, I'm an actor, I'm supposed to act.  What do you mean?  What does that mean?'  That can come as a confusing statement.

With Moon So-ri, I'm thinking of the time when we were working on "Oasis".  I think "Oasis", for her, that role was just a very, very difficult role to embody.  So much so, that we had a masseuse on set all the time to work out, because it was just very physically challenging for her, so she needed to work out the kinks that were going on with her body, and the role required just so much physical and emotional labour.  When you think of how bad it is when you're in that sort of state, 24/7, it can't be fun.  And for everyone who was watching, just watching Moon So-ri embody this character was quite a serious and somber situation, and of course, I tried to lighten up the mood and everything, but when you're shooting something that is as somber as that, you can't just readily laugh or joke with the actors.

I think for both Moon So-ri and Sol Kyung-gu, a lot of the pressure that you mentioned came from their own inhibitions, and their own self-imposed sort of will to do a good job on set.

It was so much so that when Sol Kyung-gu would come to me, and I would be watching the monitors, looking at the dailies, even if I just gave him a really innocent gaze, and just look at him, Sol Kyung-gu would immediately think, 'Oh, my God, what did I do wrong?' {Laughs}

So, in my effort to sort of lighten up the mood, later on in the shoot, I would just like sit more comfortably around the monitor.  I would have a tree branch in my hand to do whatever, and I would just joke around with a water bottle with him, but I don't think that ultimately really helped. {Laughs}

After Moon So-ri and Sol Kyung-gu worked with me, I think they really went around a lot talking about how difficult the experience had been.  And so, as a result of that, I had suddenly gained this reputation as being this cruel director.  I think especially abroad, a lot of audience members would think, 'Oh, how is the director working with these actors to get these kinds of performances?'  So, wrongly, it's been in the minds of audiences abroad that I'm a very hard person to work with, but really, in reality, on set, I'm really not a very strict director, when it comes to directing actors.

LMD:  Of course, I can't let you go without asking about "Secret Sunshine".  Jeon Do-yeon's performance in that film completely changed my perspective on acting.  Watching Ms. Jeon embody that role showed me for the first time that acting hurts.  Can you talk about how you worked with her to achieve that incredible portrayal?

Lee Chang-dong:  Jeon Do-yeon definitely had a hard time on the set of "Secret Sunshine", as well, in a different sense from what Sol Kyung-gu and Moon So-ri experienced. Jeon Do-yeon, at the time, she was already a top star in Korea.  She has a reputation for being a very skillful actress.  She's very skillful, and she's very expressive in executing her acting skills when it comes to a project.

However, for me, as I mentioned before, I was requesting a different style of acting, when it came to "Secret Sunshine".  I always tell my actors to "don't act", but to really live as the character, and to accept the situation, and accept the emotions that arise as yours.  To really give in and accept that, whatever is happening as the character.

And so, once Jeon Do-yeon really embodied the role of Shin-ae, the emotions that were arising were just much too painful to really have within her body, and within herself.  For example, when we would be shooting a scene, and it required her to get to a very deeply emotional state, she would fret and say, "Am I able to really get to that place?  Am I really able to go there?"  But even after successfully doing a take, or successfully wrapping up that day's shoot, the next day, there would be an even more emotionally difficult scene to film, and so, for her, it was just a series of more and more excruciating scenes that she had to film.  So much so, that as shooting went on, she really started to hate me, in a sense.

LMD:  Your films and those of a few other South Korean directors have always received international attention.  Over the past few years, a broader sense of global interest in Korean cinema seems to be growing with streaming services commissioning original Korean content.  Do you have a sense of this?

What guidance would you give to young Korean filmmakers, who can now more easily dream of their work being seen around the world?

Lee Chang-dong:  Yes, I definitely feel that there is more access to Korean films, as well as Korean films gaining a lot more popularity due to the various platforms that we are seeing.  So, definitely, I see the opportunities are becoming more and more available to filmmakers.  I, myself, I came out with BURNING in the course of eight years since my last film, so, I definitely feel that the attention is more palpable, especially here.  Just being at MoMA, I feel that it's very palpable.

So, if I were to say something to young Korean filmmakers, I would say, yes, definitely take advantage of these burgeoning platforms and opportunities, but I would want them to focus more on developing their own storytelling methods and ways, and developing their own stories.  Rather than focusing on becoming a successful director, I want them to aim to become special.
If I were to translate that, being someone special, it really means it's becoming yourself, it's becoming your own self.  That's what it means to be unique and special.  So, I would want Korean filmmakers to really think about what they can uniquely offer?  What sort of unique colors, or identities that they themselves can only offer up to the world?  Because I feel that the individual filmmakers must be special and unique in order for Korean films to become special and unique.  So, that is my wish for younger filmmakers.

"[Interview] The Lady Miz Diva Meets Lee Chang-dong Part 2 of 2"
by HanCinema is licensed under a Creative Commons Attribution-Share Alike 3.0 Unported License.
Based on a work from this source