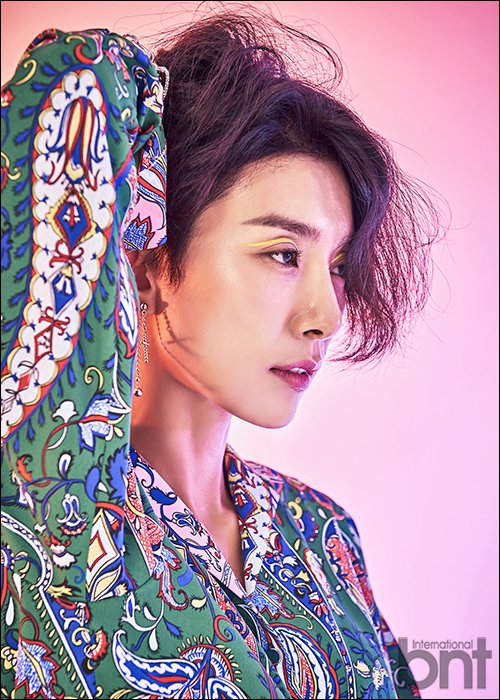 Actress Kim Seo-hyung came back with a picture collaboration with bnt. In the following interview, she talked about her philosophies in acting and her values in life.

Kim Seo-hyung starred in the movie "The Villainess" with Kim Ok-vin, Sin Ha-gyoon and Seong Joon. They even went to Cannes with it.

Kim Seo-hyung said, "Having your name be in the middle of an issue is just temporary. Still, it doesn't bother me much. The words 'girl crush' is only momentary seeing as not much movie or dramas are coming my way".

About the low success rate of "The Villainess", Kim Seo-hyung said, "It's not something I can deal with so there's no choice. It is the first movie a woman led as an action hero and we've been to Cannes so I think that's successful enough".

She was recently on the tvN show "SNL Korea".

She said she was stressed because of the rehearsal. "I think everyone has a part. After being on the show I decided to stick to acting". She burst out laughing on live TV and she said, "I laugh easily and the show was just funny". 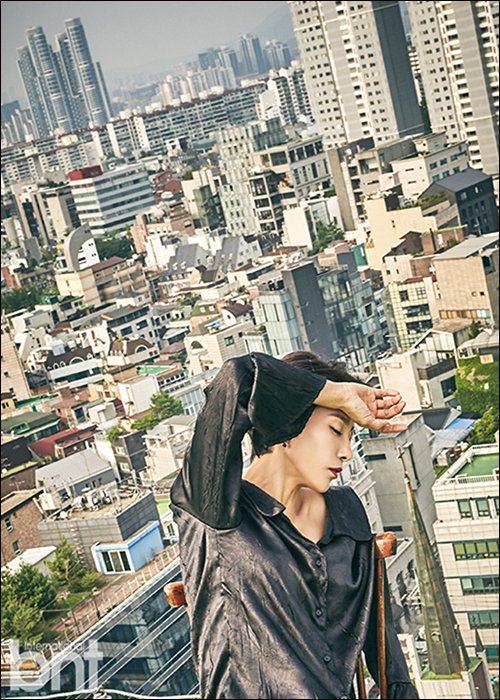 Kim Seo-hyung played many different roles since her debut in 1994 but her passion hasn't died down yet.

"I want to try all roles I haven't tried yet, but I'm not in a position where I can choose whatever role I want to. A certain actor is decided when a scenario is written and everything revolves around him or her. That doesn't apply to me".

Kim Seo-hyung talked about the drama "Temptation of Wife". She took on the character Sin Ae-ri, a mean woman but she didn't think of her that way. She thinks Sin Ae-ri is quite pitiful.

She hasn't had another 'bad' role since then but she explained, "I think I'd be too disappointed in myself if I don't do better than Sin Ae-ri.

About her connections to people, "I give out lots of advice to those I like, but if they think I'm nagging them, then I stop. If there's something that I don't agree with someone else, I take my time and try to accept their weaknesses, but if that doesn't work, then I don't see them ever again".

She's always dreamt of being an actress and as if fate heard her, she did. She says she doesn't have life plans as the next 1 or 2 years is more important than the rest.

Kim Seo-hyung wants to be a human and an actress with no problems.

"[Interview] "The Villainess" Kim Seo-hyung, "Low success""
by HanCinema is licensed under a Creative Commons Attribution-Share Alike 3.0 Unported License.
Based on a work from this source