[Interview] "Twenty" Kim Woo-bin, "I didn't know what to do about the extreme lines" 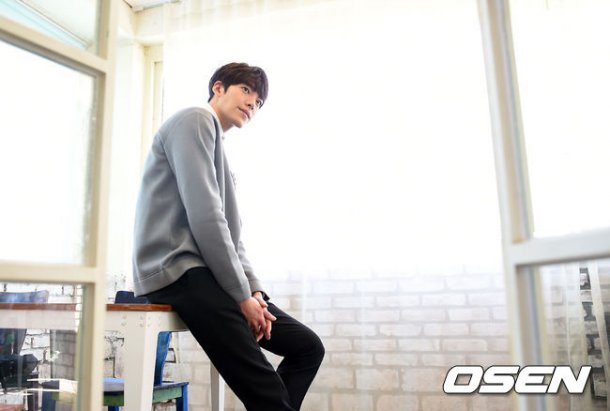 "Twenty" is a youth movie. However it doesn't have the touching moment or message like other youth movies. It is wound with sparks and enjoyment. The movie ends while you're laughing. It tells you about the spark of youth and makes one think back to the days when they were young.

Kim Woo-bin is in "Twenty". There are three boys who became friends after having the same crush on a girl named So-min (Jung So-min). Dong-woo (Lee Junho) studies for college, Kyeong-jae (Kang Ha-neul) just got into college and Chi-ho (Kim Woo-bin) doesn't go to school or work. He lives everyday meaninglessly until he meets wannabe star Eun-hye (Jung Joo-yeon) and sparks interest in movies.

Kim Woo-bin compared Chi-ho to a 'crazy horse'. He says embarrassing things without flinching and is even thick faced. Although he seems to deal with relationships easily, he's actually quite soft at heart and he might seem conceited but is warm deep down. He's the pivot that connects the other two together and the difference in "Twenty".

We asked him about the movie. 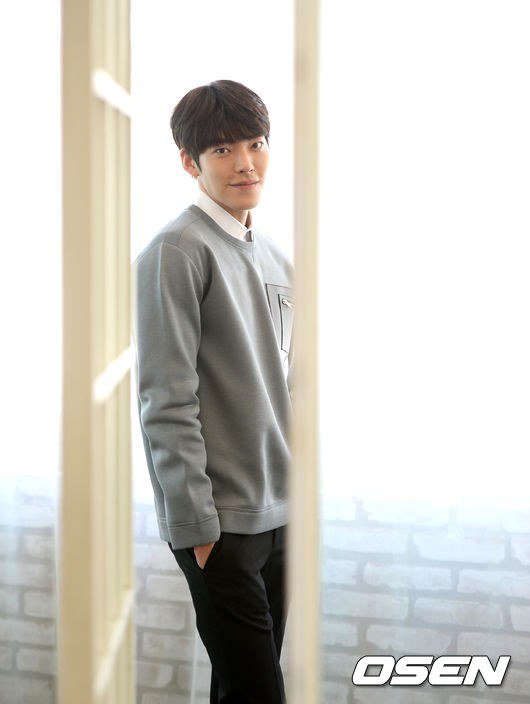 - There are a few embarrassing lines in Chi-ho's role. There are even adult rated lines in the scene where he explains how to get a girl in a club to his friends.

"I wasn't sure what to do about those lines when I first got the scenario. I prepared about 10 moves to the set. I told the director that I would try out different ways to say them and to choose what he liked most. There were more explicit lines but we edited some of them. They might have been too much if we used them all. We purified the movie to fit the age 15 and above range".

- According to Lee Byeong-heon-I the director, you hesitated a lot when you said those lines.

"The first day of the shoot was when I had to say them. It was difficult. It was the first time working with Lee Junho and Kang Ha-neul, kissing the actress and saying embarrassing lines. I was breaking safes and throwing bombs just three days ago. It was awkward. I became comfortable after that. I started being like Chi-ho and now that I think about it, I could have been more Chi-ho'ish'".

- There were a few sly versions. The part where he asks his father for money was fun but we heard it was all ad-libs.

"I made that scene together with Kim Eui-sung. He accepted it well so I could do it better. The wave-clap was also an ad-lib. Lee Junho taught me how to do that".

- The mambo dance was impressive.

"The director said he'd memorized the moves 'cause he watched the movie so much. I practiced a lot. It was awkward at first. I had to dance in front of the staff when I barely knew them. I asked for only the minority of the staff to remain on the set as if I was filming a bed scene. They tried not to look at me".

- There were a lot of ad-libs; did the director open up to the cast?

"He lets us be. He comes forward when he gets an idea. We get energy because he trusts us to do the best".

"Yes he does. The slogans make him look like a flirty boy. It's not wrong but at least he knows more about women than Dong-woo and Kyeong-jae. However, he doesn't have the experience like he says he does. He's blur in some ways but pretends not to be". 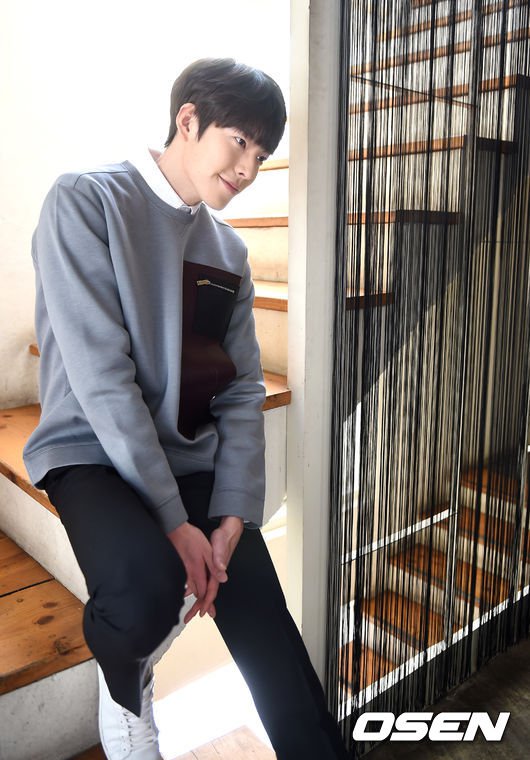 - Do you advise your friends like you do in the movie?

"I usually don't talk about girls to my friends, period. Nothing will change by telling them anything and I don't see the point. I listen to them but I don't give them answers".

- You stood out in "The Con Artists" but this time there were three of you. Did you feel less pressure?

"Of course there was less pressure. I don't choose my work according to the number of times I appear on TV but I do my best. It's not like I thought less for this movie compared to "The Con Artists" but I did feel more comfortable being around those my age".

- You look quite close to Lee Junho and Kang Ha-neul. How were you guys during the making?

"I've worked with Kang Ha-neul in three movies and dramas until now. He's the same. I just realized what a great guy he is during this movie. Lee Junho is a greater guy than I thought. We contacted each other every day. We chat all day via text. I hope this friendship lasts".

"He's so busy. Ha-neul and Lee Junho I had to meet every day. Although I can't see him a lot, I try to keep in touch often. He would agree to having lunch or dinner with me but I can't say it in case he's tired. He's a real friend so I can meet him anytime. I said I would be upset if he didn't come to the VIP premier. He came".

- In the movie, your best friend goes out with my ex and then my sister. Is that possible?

"Only because it's a movie. It wouldn't happen in real life. I have no experience there. I don't think I would like my friend dating my sister".

- Is there something you want the audience to feel while watching "Twenty"?

"I wish they recall their time as twenty year-olds and cherish it. I hope younger people don't think "Twenty" is all there is. They should experience more and learn".

- Any plans for the future?

"I'm guessing it will come to be like fate. Many people gather to make one thing and if it isn't fate then I don't know what it is. I want to show everyone the new side of me and I wish they saw me as someone comfortable to watch".

"[Interview] "Twenty" Kim Woo-bin, "I didn't know what to do about the extreme lines""
by HanCinema is licensed under a Creative Commons Attribution-Share Alike 3.0 Unported License.
Based on a work from this source