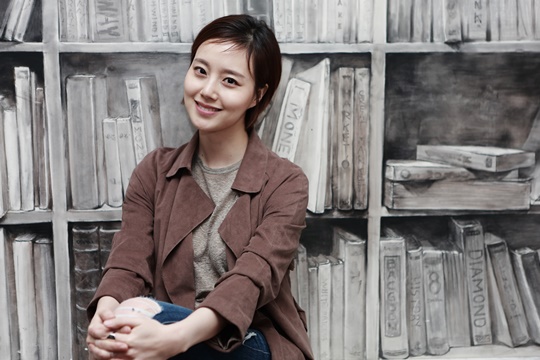 She was normal. There was nothing appealing about her but she filled that up with her charm. It's the actresses luck if she can draw attention with a perfect character but making something out of nothing is something every actor or actress should try. This is why Moon Chae-won is more beautiful.

The movie "Mood of the Day" starred Moon Chae-won as Soo-jeong, a conservative woman. Moon Chae-won said, "As part of an audience, I wasn't really a fan of romantic comedies. So even as I'm doing it myself, there are a lot of things I don't know".

The movie was released for the first time during the VIP Premiere and we asked how the reactions were and she said, "Our company director is very honest. My friends aren't very straightforward with me and my mom is pretty blunt about things so I usually listen to her. That day, she watched the movie but didn't get a chance to see me so I called and asked how it was but she talked about something else. Then she was really honest about the movie so I told her to hang up".

"I did ask her for an honest opinion but she was too honest so I was quite upset. I didn't see the value in this. I wondered if the movie was that bad. I sent her a text later and she said, "The movie wasn't great for me to see how much trouble you had to go through to make this movie".

"Maybe it's because she hasn't seen such a long kiss scene in a movie before. It might have bothered her that I was kissing a man although it was just a movie. She likes, "The Princess' Man" and "Nice Guy"". 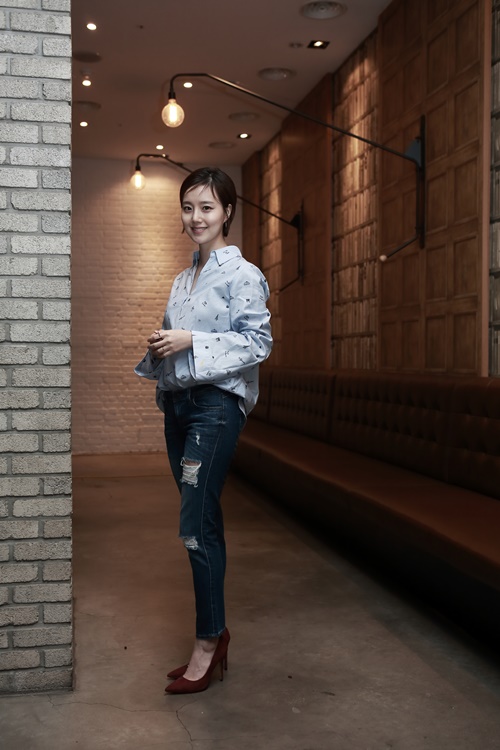 What did Moon Chae-won think about the movie? Like she said, romantic comedies aren't her favorite genre. She didn't feel that attracted to Soo-jeong so she added her charm into it.

"Soo-jeong should have treated Playboy Jae-hyeon (Yoo Yeon-seok) nicely or say something stimulating to him but when I first met Soo-jeong, she was too conservative and boring. She's the most ordinary character I've ever met. But then again she's the typical girl. So I figured that was what she should be in this movie".

Moon Chae-won said, "I had to do a lot to make her stand out and I thought hard about what I could do. I thought about some changes too. For instance, she seemed locked up but she seemed quite snobbish and was even bold enough to think that she was good looking enough. Also, being with someone for more than 10 years isn't an easy thing to do. I made Soo-jeong change a little by little, adding this and that here and there".

Moon Chae-won said, "If a character is hysterical or is moody or even has a trauma, then it's easy to act it out like Prince Sado. If my character was in a drama I might not have done it. I wouldn't have felt the fun in being her if it was a drama".

"However, I went for it because it was a movie. I also realized this might be the hardest character I've ever acted before. It's not easy trying to be natural".

"Mood of the Day" is about a woman and a man who meet on the KTX train and wage on spending a night together. Yoo Yeon-seok plays Jae-hyeon, a sports agent and playboy and Moon Chae-won is Soo-jeong, a conservative woman who thinks love is based on loyalty.

"[Interview] Why did Moon Chae-won act normal?"
by HanCinema is licensed under a Creative Commons Attribution-Share Alike 3.0 Unported License.
Based on a work from this source