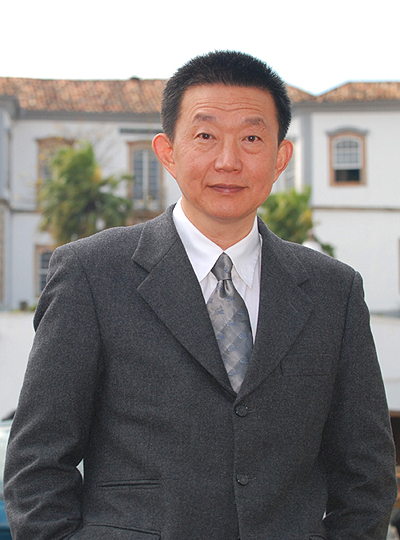 Film critic and Beijing Film Academy professor HAO Jian has written and talked about what he considers the little-known, real start of the Korean Wave in China. At the International Film Festival Rotterdam while serving on the Network for the Promotion of Asian Cinema (NETPAC) award jury, he spoke to Jean NOH about it and his thoughts on Korea-China cooperation.

KOBIZ: You've written and talked about how you think a certain Korean film festival at the Beijing Film Academy was really what started the popularity of Korean films in China. Tell us about that festival.

Heo Jin-ho came to the Beijing Film Academy and had a conversation with us after a screening. I remember him saying at that time, he wouldn't have had enough money to hire the actors because they later became so famous. ["Christmas in August" starred Han Suk-kyu and Shim Eun-ha in 1998.]

KOBIZ: What were the audiences like? You've said there were many influential Chinese directors who attended the screenings.

HAO: Most of the audience was former and current students and teachers in the Beijing Film Academy. A lot of famous directors such as the Fifth Generation directors graduated from the Academy and they found South Korean cinema attractive, so they came. For example, TIAN Zuangzuang and GU Changwei, the cinematographer of CHEN Kaige and ZHANG Yimou who afterwards became a famous director in China, too. Some of their names were told to me by my students who would come to me and say, "So-and-so came to the screenings last night". ZHANG Yimou was one whom I know must have come many times, too.

KOBIZ: What did you think of the films and how do you see them as influencing Chinese filmmakers?

HAO: I found the films were very strong. Some were very romantic like "Christmas in August". But I found South Korean directors were able to choose and work with different genres. I feel it was also in a way affected by Hong Kong action cinema, and had attractive montage.

One of the other things that impressed me was that Korean policemen always use violence, but it makes the character very vivid. The films all had strong characters, as in "Attack the Gas Station" where three or four teenagers take over a gas station, holding people hostage while they make money. I believe that film somehow influenced Chinese films, too. I couldn't give you details but a lot of directors and scriptwriters who talk with me are familiar with the film. In the story you can find, for example, teenagers' violence and teenagers always fighting with institutions. They won't accept regulations or rules given by teachers in school.

Also, "Harmonium in My Memory" with the student in love with her teacher. I've been told it influenced famous directors' work, like Zhang Yimou's first film with Zhang Ziyi ["The Road Home"].

KOBIZ: What about Korean films in China these days?

HAO: In China, all the people know about what we call "the Korean Tide" – the Korean Wave. I've discussed it in writing about how I think that film festival was the start of the Korean Wave in 2000. After that, a lot of television dramas came to China and films, too.

KOBIZ: Do you see possibilities for China-Korea co-productions?

HAO: There have been cases such as director ZHANG Meng's "Piano in the Factory" that starred a Korean actress [JANG Shin-young] and Jackie Chan's "The Myth" with KIM Hee-sun. I don't believe Chinese directors can make Korean films because the South Korean film industry is more successful than the Chinese film industry, and directors won't be happy to say it, but South Korean directors are stronger than Chinese directors.

Some of our students in a Q&A asked why you make so many fantastic films, and I can't remember who it was, but a film producer pointed to "the end of the censorship system". Seems you stopped the censorship a few years before 2000 and that gave filmmakers the creative freedom to deal with different subjects.

I think the tension situation between North and South Korea also provides good subject matter. After [the 2000 film festival], I saw the famous "JSA - Joint Security Area" and appreciated it very much.

A number of Chinese directors used post-production companies from Korea, especially for special effects. Director FENG Xiaogeng, who made films like "The Assembly", always uses a South Korean team to do post-production.

One of my doctoral candidate students is actually doing his degree on co-production between China and South Korea. Financial support from the government and South Korean film organizations are things to be looked at. We have multiple cultures between us and different film styles.But I think in the future, South Korea will have even more cooperation with the Chinese film industry, with directors, producers, crews and actors working together.

"Interview with critic and Beijing Film Academy professor HAO Jian"
by HanCinema is licensed under a Creative Commons Attribution-Share Alike 3.0 Unported License.
Based on a work from this source