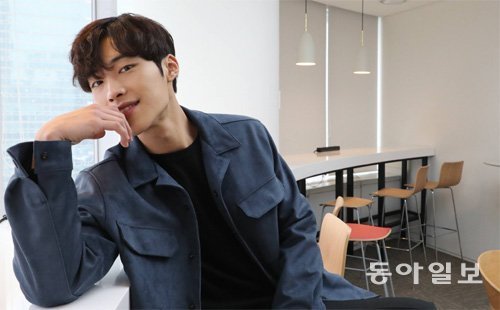 Woo Do-hwan made strong impression on audiences with characters with scars from the past. Seok Dong-cheol from the OCN drama "Save Me" was a victim of school violence and lost his friends and his life. Kim Min-joon wass an orphan who lost his parents in a car crash and his brother in a plane crash.

Usually an actor gains popularity by starring in melodramas, but Woo Do-hwan has taken on more unique dramas.

Woo Do-hwan is very fond of Seok Dong-cheol from "Save Me". He said, "Director Kim Seong-soo said Dong-cheol was a fantastical character, but I felt him to be more realistic because I read this comic. Dong-cheol was betrayed by a friend and became lonely, but I was more attracted to him than a cool and handsome character".

A problem for him was the dialect. "Save Me" is based in an imaginary village, but the characters spoke the Kyungbuk dialect. "I thought I could just do it, but I spent many nights for two months trying to learn it".

"I even went to Daegu myself to learn it. I listened to people talking in the market but, eventually I went to a fortune teller. She spoke so fast that all I understood was 'to be a policeman' and paid her money".

Woo Do-hwan took on Kim Min-joon in "Mad Dog" less than a month after "Save Me" ended. Many people recognized me as the 'plane crash brother' or Yan Gebauer (his German name in the drama) on the streets. Min-joon is hard to read and I had to hide his personality as much as I could. Still, he was more confident than Dong-cheol".

Woo Do-hwan says he wanted to sit back and relax while reading comics after the drama. He bought himself the whole collection of "One Piece", which is about 400,000 won. "It was my dream to have comics stacked up at home".

"I like Zoro the most. The characters leave in search of their dreams and I get satisfaction from seeing them get stronger. "Mad Dog" and "Save Me" was also based on the love for my colleagues and friends".

His favorite drama is "Chuno" and his favorite movie is "Armageddon". He wants to be in a romantic drama, but he also loves action and manly things. About his future, he said, "I have no plans to rest. Whenever I like something, I will do it". 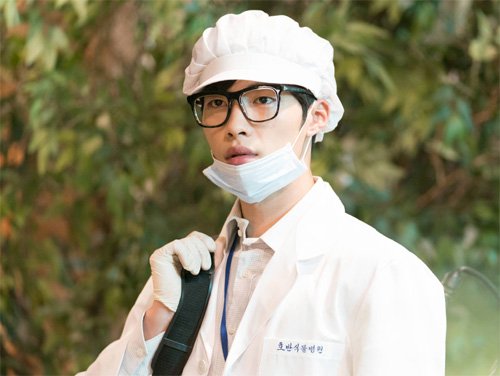 "[Interview] Woo Do-hwan Prefers Characters with Stories to Tell"
by HanCinema is licensed under a Creative Commons Attribution-Share Alike 3.0 Unported License.
Based on a work from this source