[Interview] Yi Seung-jun: I wonder why this world cannot be bright all the time 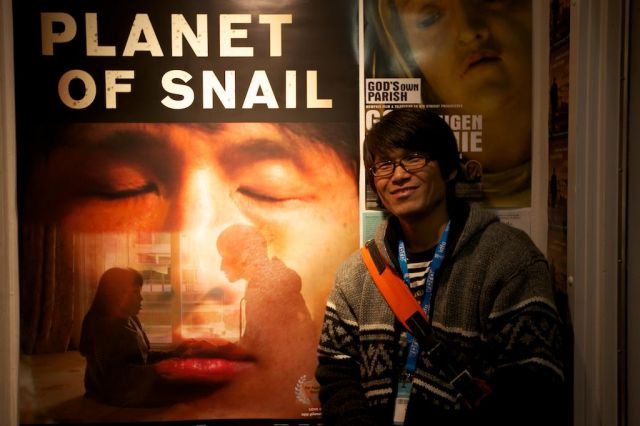 Yi Seung-Jun is a documentary director, who has been shooting docs since 2014. In 2017, the Olympic Committee chose him to shoot the official documentary for the Pyeongchang Winter Olympics, "Crossing Beyond". His works also include "Children of God" (2018/feature/Jeonju International Film Festival NETPAC award) "Planet of Snail" (2011/IDFA feature length award winner) "Wind on the Moon" (2014/feature/IDFA competition) "May I Talk to You?" (2015/short) and "In the Absence" (2018/short/DOC NYC short award winner).

We speak with him about the path the led him to become a documentary filmmaker, the difficulties in shooting "Crossing Beyond", the way he experienced the Sewol Tragedy and the procedure he followed to shoot "In the Absence", and other topics.

What kind of training did you have to become a filmmaker? Why did you choose to shoot documentaries and not feature films, for example?

Actually, I haven't studied filmmaking at school nor in any film institute. I studied Asian history in my university, which has little thing to do with filmmaking. But I loved watching documentaries on TV very much since I was a teenager. What intrigued me in documentary was the fact that 'it deals with real world directly'. I was interested in people, especially in lives, dreams, and emotions of ordinary people. When I read a newspaper or watch TV news, I used to feel bad or sometimes scared, because there are so many problems in this world, which make common people unhappy. I wondered why this world cannot be bright all the time, why people have to endure unhappy times, who are responsible for it, what makes human beings continue their lives even though there are so many obstacles, why people can smile... I thought documentaries could provide me with one of the ways with which I could go deep into such questions.

After graduating from my university, I started making documentaries by myself since 1999. I stayed a year with my senior documentary director to make a documentary, and I also worked with photographers at some book publishing company. My role was to visit the countryside and record the lives of ordinary people in there, and make short documentaries for online release. It was a great experience for me because I learned how to respect people I was going to film, how valuable everyday lives are, and what I always keep in mind is 'to wait'. After that, I entered the TV documentary industry. Sometimes I worked as a freelance, sometimes I belonged to a cable channel, making documentaries, most of which were about human stories.

I haven't thought about making fiction films. So far, I am satisfied with what I can get from making documentaries. I want to remain a documentary director until I die.(Maybe someday, I can try to make fiction, but it would be just for fun or for my documentary.) 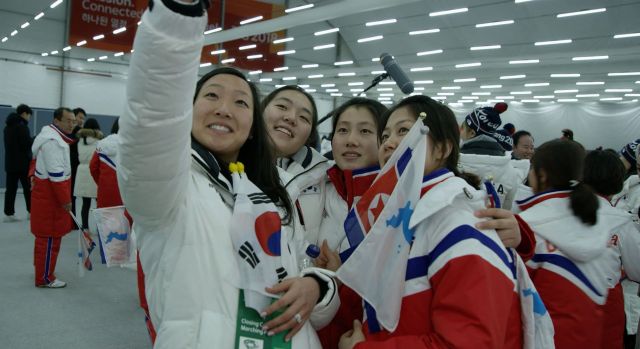 How did you end up directing a film about the Winter Olympics? How was the experience of having to shoot such a documentary, and what were the differences with your previous works?

It was a great but tough experience for me, since I was chosen as the director very late (it was October 2017, and the Winter Games were on February 2018. You can guess how short time I had for the production of the film.) I had to be very busy all the time. I travelled many countries to cover the stories of the athletes, including US, Netherland, Switzerland, Italy, Ghana, Afghanistan, Austria, only in a few months. However, it was ok, compared to shooting during the Games. During Olympic Games, I could not get access to the athletes easily, even though I was making 'the Official Film of the Olympic Games'. I wanted to show the back stage of the games as much as possible, but it was very difficult. 'Access' is the most important factor when you make a documentary film and if you are not allowed to get close to the ' characters ' or 'spot' or 'situation', it means that you'll get lost, you'll not get what you want.

Your approach for the documentary focuses on people instead of the sports. Why did you choose this approach and why the specific athletes?

The value of Olympics does not reside in 'record' or 'medal'. There are thousands of athletes from all over the world, and a few of them stand on the stage for the medals. They have been living in different society, culture, religion, etc, and they have their own difficulties, obstacles. If you hear about their stories, you can feel and understand what this world looks like, and what human beings have been struggling for. That is why I focused on 'their stories' instead of 'their records'. 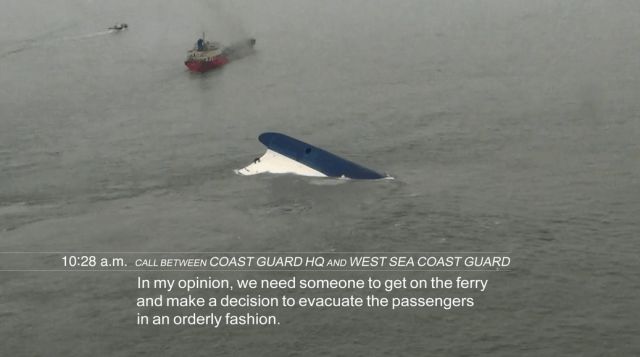 Your next documentary was about the Sewol tragedy. Why did you choose to shoot a documentary about this? What kind of research did you do for the film, and how difficult it was to get the parents to speak and to find the footage featuring on the film?

On April 16 2014, when I saw the news on TV, and when I realized that many students were killed by the tragedy due to the stupid reactions of the government, I felt fury and sadness. When I saw many teenagers in school uniforms on the street, I almost cried. The tragedy is still being investigated, and the truth of the disaster needs to be explored and discovered. But what I was interested in was 'the pain'. History has been teaching us that 'to forget is the most dangerous attitude of human beings'. To remember, it is the most effective way, I believe, to feel emotions from our heart, to feel the pain with our heart.

I met the members of Victims' Families Association and the civil divers, hearing about their stories. Of course, I read news articles, books. I made this film with the help of the Association, so it was not that difficult to get permission to interview them. But it was hard and painful for me to make them speak about what they saw and heard on the day in detail.

Do you feel that the trauma from the incident will be ever put behind?

Time cures wounds, injuries on your body, but wounds in your heart cannot be cured easily. Especially if it has something to do with 'loss', 'loss of beloved ones', and if it is believed that they could have been saved, then the trauma could not be easily put behind. I am not saying that the families will live under the trauma forever, but at least, for the time being, they cannot escape from the trauma.

What is your opinion regarding the incident, and what of Park Geun-hye's reaction?

Accidents happen. But it was not just aferry accident. The reason why we are so overwhelmed by the tragedy is that there was no country on the day, which is supposed to keep its people safe. There was no system for the people. It was a total failure of the government. It was tragic not because many passengers died but because they could have been saved.

Park Geun-hye should not have become the president. One of the most stupid presidents in the world, I guess. That's it.

In general, what was your opinion of the previous government, and do you feel that the new one will improve one the previous one mistakes?

I have been against the previous government because it is far from the values what I believed right; freedom of expression, good relationship with North Korea, embracing minorities, etc. I believe that current government will improve the situation. But it will take time, there have been very conservative and corrupt governments for 10 years, it takes time. 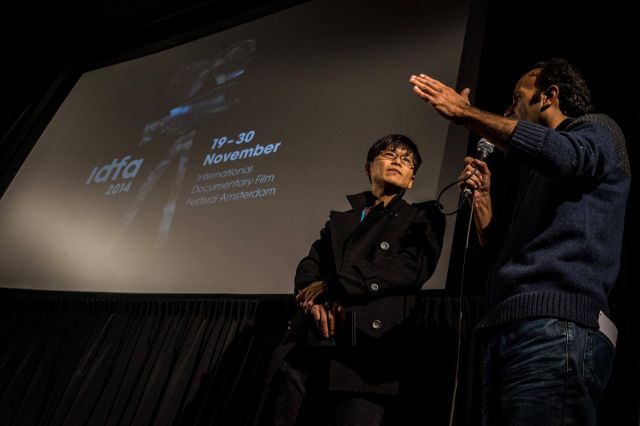 What is your opinion of the Korean documentary scene?

I have been following a North Korean defector woman who wants to go back. She said she was cheated by a North Korea defector trafficking broker. She lived in Pyongyang with her family, they are in Pyongyang at the moment, and they are good. She just wants to go back, because she didn't mean to live in South Korea, she is still proud of her country and she cannot live without her family. She is the only one who 'openly' asked the government to send her back to North Korea. I have been filming her since August 2015. The working title is "Shadow Flowers"

"[Interview] Yi Seung-jun: I wonder why this world cannot be bright all the time"
by HanCinema is licensed under a Creative Commons Attribution-Share Alike 3.0 Unported License.