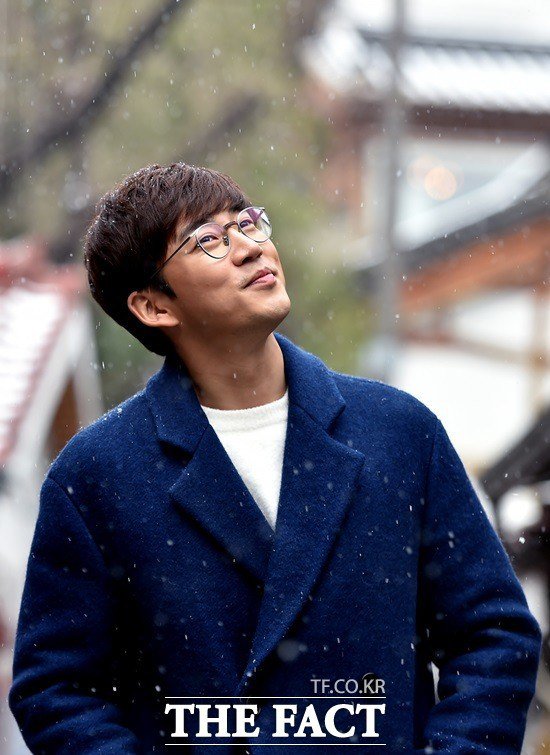 Singer and actor Yoon Kye-sang is immensely busy these days promoting his newest movie "Love Guide for Dumpees" and preparing for g.o.d's end-of-year concert. However, this is nothing for him compared to the busy life he lived as g.o.d in the years 1990~2000.

Yoon Kye-sang last played the role of a domestic lawyer Yoon Jin-won in "Minority Opinion" and this time he's back with a romantic comedy called "Love Guide for Dumpees". The movie starts with Jeong-hoon (Yoon Kye-sang) and Si-hoo (Han Ye-ri) attending their ex's wedding and spending the night together drunk.

On the day of the movie release, we met Yoon Kye-sang in a café. His shy smile reminded us of Jeong-hoon from the movie. 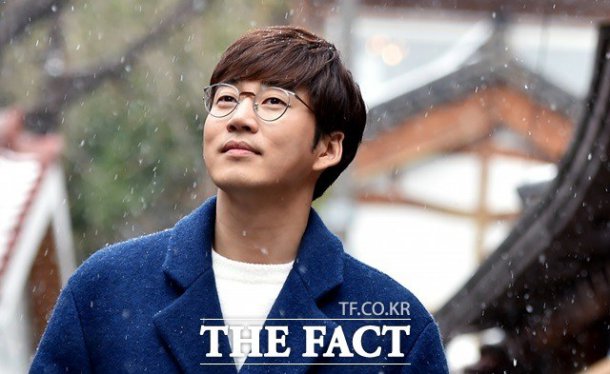 - You chose a romantic comedy this time

Yoon Kye-sang: "I have done lots of strong movies so I wanted to do something light and cheerful this time. I didn't plan on doing "Love Guide for Dumpees", but I saw the scenario and saw how fun it was".

- Why did you choose "Love Guide for Dumpees"?

- Explain the things you and your character have in common

"The loser part. I am no different from any Korean man. I might seem simple and foolish to a woman sometimes. Jeong Hoon is an ordinary man just like me, so we are similar in that way. I also like the review that says Yoon Kye-sang is an 'ordinary guy'". 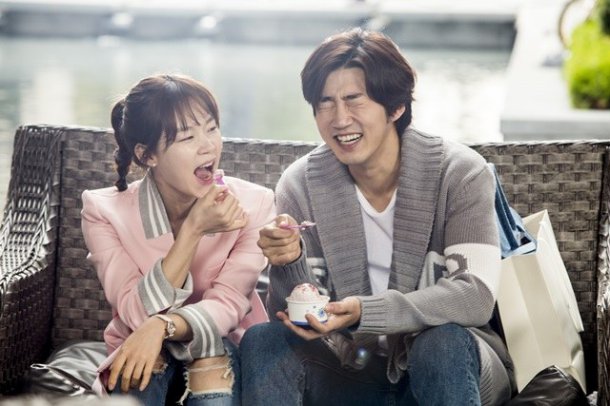 - Yoon Kye-sang is far from normal

"People think I live a different life because I am a celebrity but that's not true. I might be more of a loser. I thought I could command anything to come true when I was in my 20s, even love. However, nothing worked the way I wanted it to and I had to face the truth".

- What has the past left for Yoon Kye-sang?

"I've become easy. I am very comfortable. Becoming an actor from an ideol makes me think that I have to be a good actor. So I used to pick movies with heavier themes and I loved acting so I became greedy and felt like I was walking in tunnel with no exit". 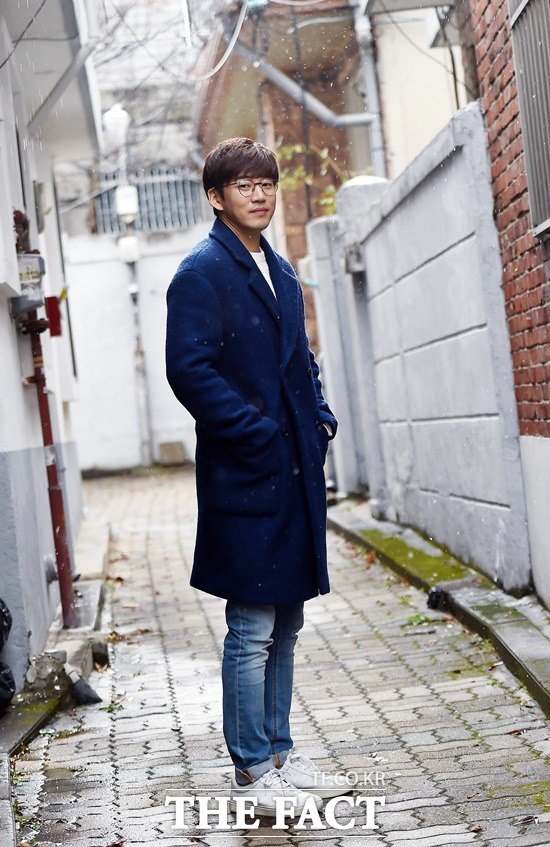 - Why did you come out of the tunnel with no exit?

"I told the other actors my true feelings. They all told me to put the weight down. I realized I wasn't the only one going through a hard time and that I wasn't the only one acting. An actor's image isn't made by himself but by the audience that sees him. After putting my greed down I could enjoy acting again and try out different genres".

- At what point do you think you stand as an actor in his 30s?

"I will compare myself to a guitar. When you first start, you learn the cords and for 6 months you learn how to hold a guitar. In the next few years you learn to play a guitar. The important thing here is control and I am a controlled guitar. I just have to play it and play as many genres as I can. Producers, play me (laughs)".

"[Interview] Yoon Kye-sang's 'virtue of absence'... "
by HanCinema is licensed under a Creative Commons Attribution-Share Alike 3.0 Unported License.
Based on a work from this source