"Into The Ring" Nana and Park Sung-hoon at Script Reading 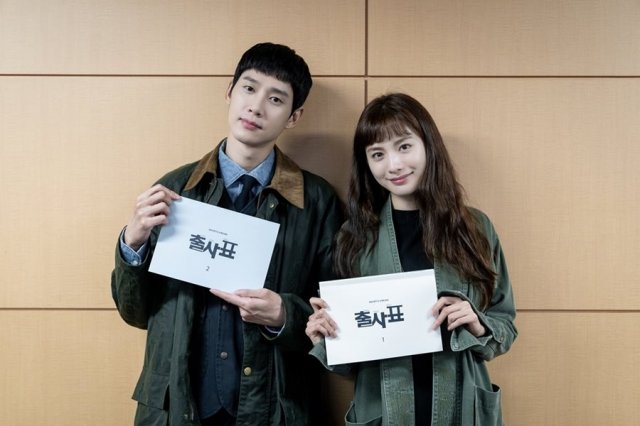 Pictures from the script reading of "Into The Ring" have come out.

The new KBS 2TV drama "Into The Ring" is an office rom-com about Goo Se-ra (aka Tiger Moth), who doesn't get a job, but is tagged 'the queen of civil complaints' who likes to interfere, protest, resolve and date at the district office.

The script reading for "Into The Ring" was held with the presence of writer Moon Hyun-kyung, PD Hwang Seung-gi, Nana, Park Sung-hoon, Yoo Da-in, Ahn Nae-sang, Ahn Kil-kang, Bae Hae-sun, Han Joon-woo, Jang Hye-jin and others. It was the perfect script reading with the passion of the actors who were immersed in the character in a pleasant atmosphere.

First, Nana, who turns into a fire moth 'queen of complaints' stood out. Nana's character of Goo Se-ra is someone who has nothing to give, but has to speak what's on her mind at all times. Nana was honest and dynamic in every way, including her way of speaking and expression. Nana's every single line made everyone laugh.

Park Sung-hoon, who returns as a charming man in a romantic comedy, also added to expectations. In the play, Park plays Seo Gong-myeong, a fifth-degree official with principles. Park Sung-hoon perfectly depicts a charming man who is constantly teasing and sometimes causes flustered bursts and excitement, showing that he will capture the hearts of female viewers. 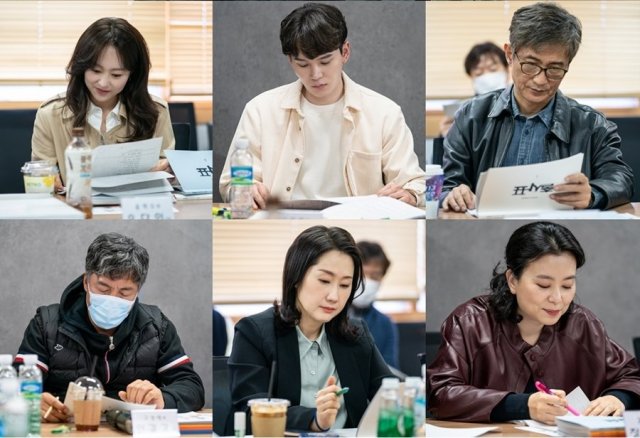 Above all, the chemistry between Nana and Park Sung-hoon is attractive. The back and forth of two characters in the script is expressed in perfect harmony. On top of that, the two actors' bright and cheerful energy combined caused the immersion to soar. The fantastic chemistry between Nana and Park Sung-hoon in "Into The Ring" that will make viewers laugh and cry is highly anticipated.

In addition, the entertainment of the supporting characters that bring "Into The Ring" to life can't be overlooked. First of all, luxury supporting actors such as Ahn Nae-sang, Ahn Kil-kang, Bae Hae-sun and Jang Hye-jin cross the line of gravity and comedy, adding solidity to "Into The Ring". Along with Nana and Park Sung-hoon, Yoo Da-in and Han Joon-woo, who will infuse young energy into the play, also showed off their characters and perfect synchronization skills.

The script reading was full of dynamic charms. The actors burst into laughter just by reading their lines and showed off their fantastic chemistry, which was full of emotion and excitement. The production team also put in not only pleasant, but also detailed efforts. As actors and producers who do their best gather for "Into The Ring", expectations rise sky high.

Meanwhile, the new KBS 2TV drama "Into The Ring" begins in July after "Fix You". 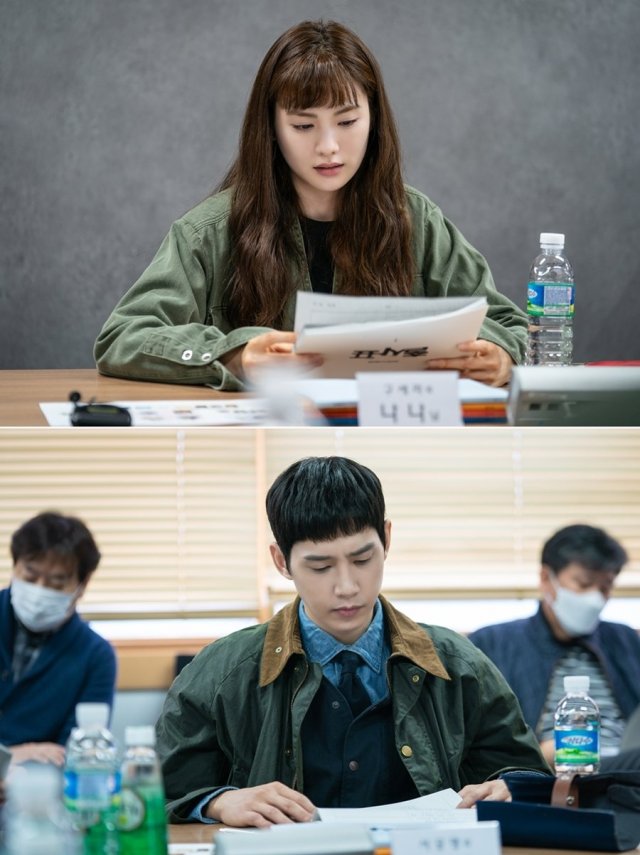 ""Into The Ring" Nana and Park Sung-hoon at Script Reading"
by HanCinema is licensed under a Creative Commons Attribution-Share Alike 3.0 Unported License.
Based on a work from this source