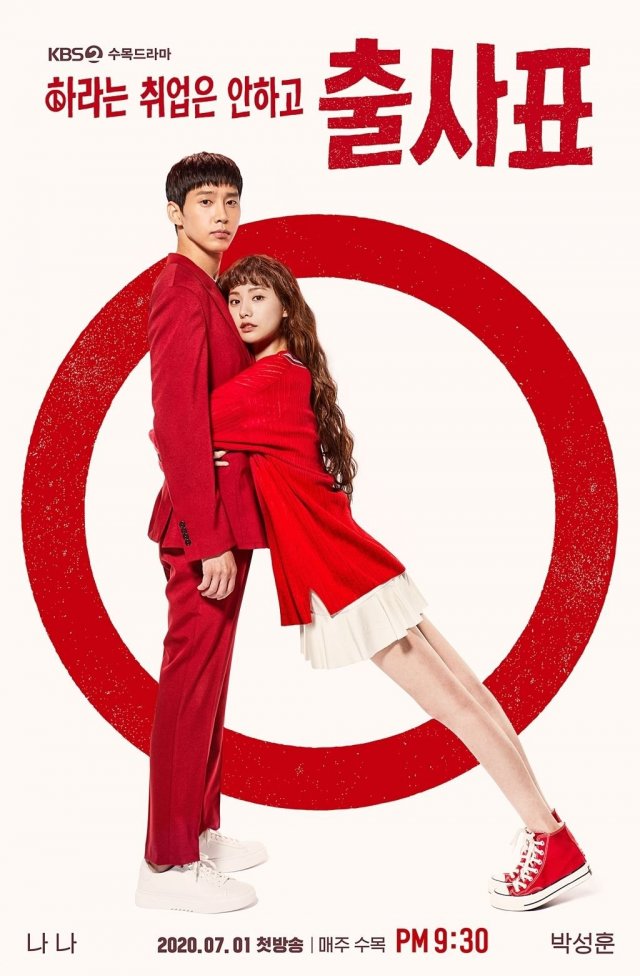 The main poster of "Into The Ring" has been released and Nana and Park Sung-hoon leave quite an impression.

The new KBS 2TV drama is an office romantic comedy in which Goo Se-ra, the queen of civil complaints, interferes, protests, solves and even dates at the district office.

The main poster of "Into The Ring" was finally unveiled on the 15th. The images of Nana (Goo Se-ra) and Park Sung-hoon (Seo Gong-myeong) leaning on each other in the red circle are cute and intense.

Nana and Park Sung-hoon are the first ones to catch one's eye on the main poster of "Into The Ring". Park Sung-hoon looks at the camera standing upright as if showing his character, Seo Gong-myeong, a fundamentalist in the drama. On the other hand, Nana, who has an attractive rugby ball-like charm that may bounce anywhere, hugs Park Sung-hoon with her arms and stands with her head resting on his chest. Along with the drastic characters, they also showed push and pull chemistry.

There is another reason why the main poster of "Into The Ring" is special. If you expand your field of vision a little wider, you will see the Chinese character for 'person' in the circle. It is a design that embodies the seal that voters take on the ballot. In the drama, Nana, the queen of civil complaints, casts her candidacy instead of getting a job. Park Sung-hoon, a fifth-degree civil servant, helps Nana. The series symbolizes the chemistry of men and women's characters and the storyline of the drama.

As unique as the poster is, taking the shot wasn't easy. Still, laughter continued at the poster shooting site for "Into The Ring". The strong teamwork and friendly atmosphere of the actors and producers has been shown.

""Into the Ring" Nana and Park Sung-hoon in the Main Poster"
by HanCinema is licensed under a Creative Commons Attribution-Share Alike 3.0 Unported License.
Based on a work from this source