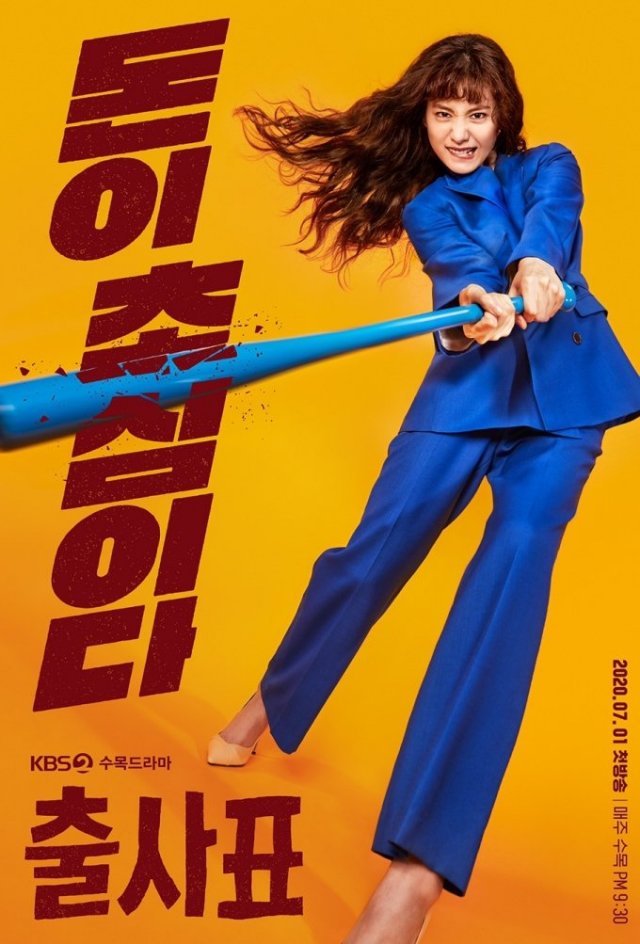 The new KBS 2TV drama "Into The Ring" presents Nana (Goo Se-ra) with an all-time transformation in her acting and draws attention even before its broadcast.

"Into The Ring" released a teaser poster of Nana's transformation; one does a double take at the way she's so different from her usual urbane self, and because she looks so special.

The teaser poster shows Nana in a bright blue suit, wearing high heels and swinging a bat with her two hands. Above the bat is the meaningful copy, 'money is the basics'. According to the production, Nana's leading role of Goo Se-ra makes the choice of risking her entire life instead of getting a job for money. It is a copy that shows the worldly, but most realistic and reckless Goo Se-ra character in the most impactful way.

Most eye-catching is Nana's unselfish presence in the teaser poster. Putting in all her strength into the swing, not only does her hair flutter in the air, but Nana is biting her lips tightly. It is the first time that Nana is so dynamic, therefore increasing curiosity over what kind of acting and activities she will perform in "Into The Ring".

Related to this, the production team of "Into The Ring" said, "She is a reckless character, having to say what she has to say under any circumstances for saving her life, and at the same time risking her life for money. In many cases, actors have to use their bodies to act. Nana does her best for every shooting with a special affection for Goo Se-ra in "Into The Ring". The production team really appreciates Nana's passion. Also, we are looking forward to seeing how the drama will be portrayed".

""Into The Ring" Nana Swings the Bat in 'Explosive Energy' Teaser Poster"
by HanCinema is licensed under a Creative Commons Attribution-Share Alike 3.0 Unported License.
Based on a work from this source