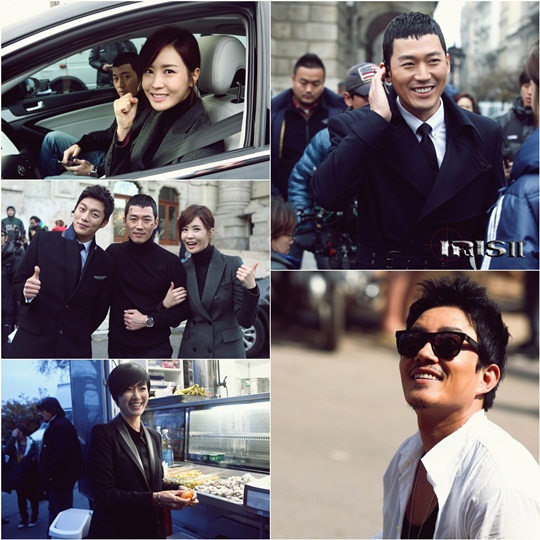 The cast of "IRIS 2" were seen disarmed of their charisma on the drama set and having fun.

Those actors and actresses who seemed to be so serious and charismatic all the while in the news, were unbelievably bright and cheerful in the picture posted online.

Jang Hyuk and Lee Da-hae were seen encouraging each other with thumb up before going into shoot a scene with their faces made up with bruises.

Not being able to spare a second on the real scene when they carry out the high level performances of action scenes, they always go over their lines and flow, endlessly encouraging each other.

Meanwhile, "IRIS 2" is the layout of 3 years after Kim Hyeon-joon's (Lee Byung-hun) death. The team of agents struggle and fight to reveal the true identity of Master Black who is only known by voice from season 1 and other Iris's that are spread everywhere in the government organizations. To be aired on the 13th of February.

""Iris 2" on site, Jang Hyuk, Lee Da-hae and Yoon Doo-joon "
by HanCinema is licensed under a Creative Commons Attribution-Share Alike 3.0 Unported License.
Based on a work from this source