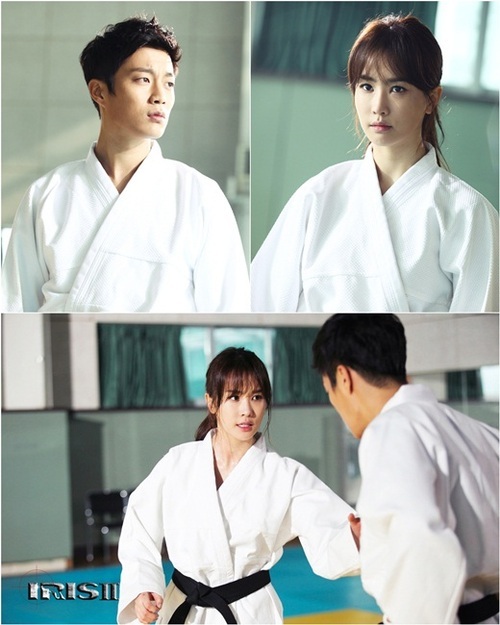 KBS 2TV drama "IRIS 2" Revealed pictures of Soo-yeon (Lee Da-hae) and elite agent Hyeon-woo (Yoon Doo-joon) in a match against each other while judo training under the coaching of Yoo Gun (Jang Hyuk).

The two still look outstanding despite being covered in sweat.

"IRIS 2" NSS train their agents without prejudice or consideration in preparation for the real thing, therefore ridding of any fear of death. The two agents fight as if their lives depended on it under Yoo Gun's coaching.

Meanwhile, "IRIS 2" is a continuous story of the first Season which is a spy action drama expected to be one of the greatest hit dramas in 2013. The training scenes show there's no mercy for being a woman and all this can be seen starting the 13th of this month at 10PM.

""Iris II" Lee Da-hae and Yoon Doo-joon's tense judo match"
by HanCinema is licensed under a Creative Commons Attribution-Share Alike 3.0 Unported License.
Based on a work from this source