Is Lee Min-ho owned by Rain? 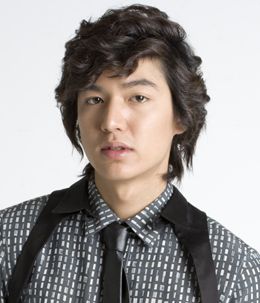 'City Hunter' has a very similar main character with 'The Fugitive Plan B', not a good start for 'City Hunter'.

Actor Lee Min-ho's new drama, 'City Hunter' is facing a rock even before the start.

'City Hunter' became popular as soon as the main casts list was released. But since 'The Fugitive Plan B', which has similar set up as 'City Hunter', went on air faster, 'City Hunter' is generating a flood of negative comments. One official from 'City Hunter' secretly informed, “There are some voices that SBS has to reexamine 'City Hunter', even from the inside. We might have to take some time until the final decision.”

'City Hunter' is base on a Japanese comic, which has the same name. It is about a private investigator, who specially likes women, solving cases; this is the similar point with Ji-woo "(Rain") from 'The Fugitive Plan B'. Some people commented their similarities on the 'The Fugitive Plan B' board. The previous official added, “This became a big problem for 'City Hunter' since 'The Fugitive Plan B”'s viewer rating has been halved. Due to the fact that there aren't many 'detective' dramas in Korea, people will not stop comparing those two dramas.”

"Is Lee Min-ho owned by Rain?"
by HanCinema is licensed under a Creative Commons Attribution-Share Alike 3.0 Unported License.
Based on a work from this source