Is there something going on with Jang Keun-suk and PD Yoon Seok-ho? 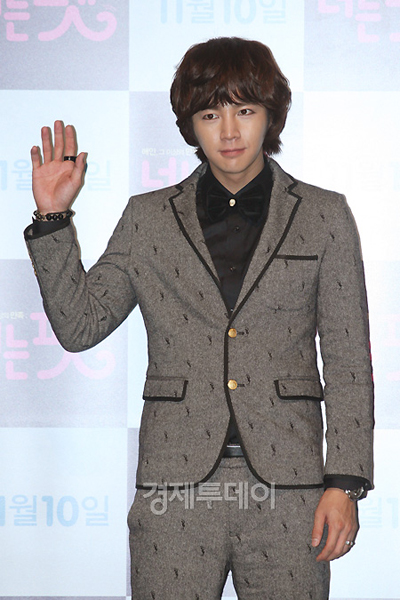 Jang Keun-suk recently but indirectly mentioned the rumor about his conflicts with the PD of the new upcoming drama "Love Rain".

He was recently in the middle of this rumor of conflicts with the PD as he couldn't participate in shooting the drama very often, as he was busy with overseas activities.

At the media releasing event of the movie "You Pet", Jang Keun-suk said, "I am in the middle of shooting a drama and Yoon Seok-ho is quite upset with me..." as he was about to wrap things up.

Kim Ha-neul then said, "You talk too much, so stop it" playfully, he added, "That is all".

Meanwhile, Jang Keun-suk is coming back with the movie "You Pet", based on an original by Japanese writer Ogawa Yaoi on November 10th.

"Is there something going on with Jang Keun-suk and PD Yoon Seok-ho?"
by HanCinema is licensed under a Creative Commons Attribution-Share Alike 3.0 Unported License.
Based on a work from this source