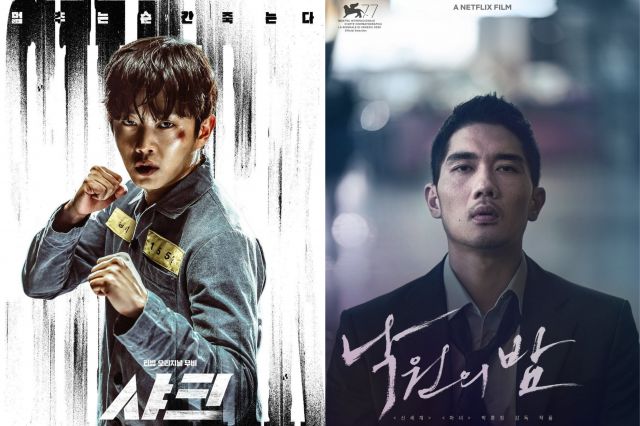 One of the most popular film genres all over the world is the action thriller. Enjoyed by a diverse range of viewers, the action thriller, quite literally, packs a punch. If you're looking for an action film to beat your boredom, here are my top 10 picks that I guarantee you'll love! 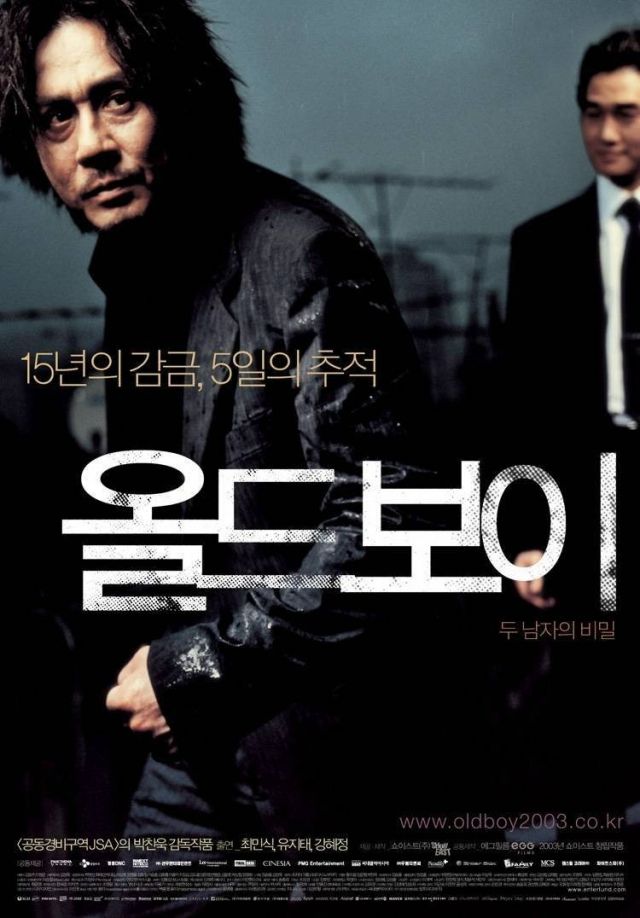 The first recommendation on my action-thriller list is irreplaceably "Old Boy". Starring Choi Min-sik, Yoo Ji-tae and Kang Hye-jung in the leading roles, this film tells the story of an ordinary man who is kidnapped out of the blue and imprisoned for 15 years. Later, he must find out the reason for his imprisonment or pay a hefty price. As one of the films that put Korean cinema on the map, "Old Boy" continues to be as timely, relevant, and entertaining now as it was at the time of its release. 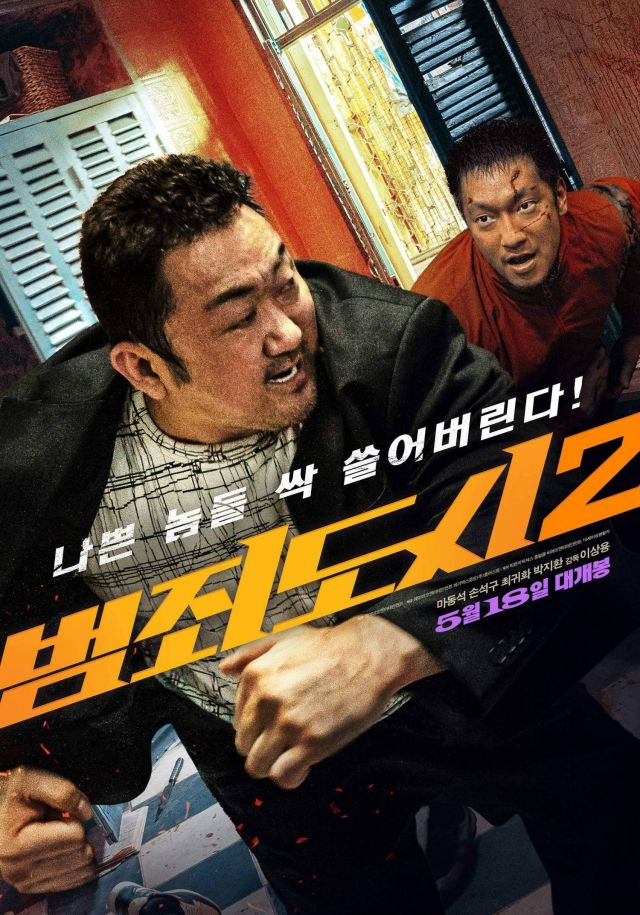 Also known as "The Outlaws 2", "The Roundup" brings back our favorite detective Ma Seok-do (played by Ma Dong-seok), to wipe out the bad guys. The primary antagonist in this sequel is Kang Hae-sang, a ruthless criminal played brilliantly by Son Sukku, who puts up quite the fight. The film is fast-paced and thoroughly well-made, which amplifies the immersion even more. 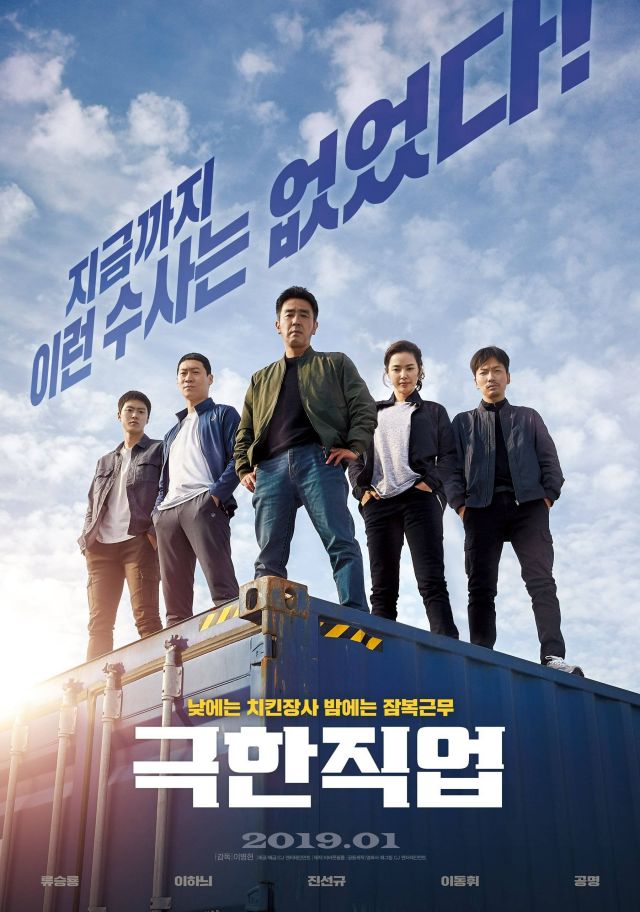 A fully fledged comedy with incredibly impressive action, a stunning cast and flawless execution, "Extreme Job" will leave you in fits of laughter. It is one of those movies that you turn to when you need a boost of laughter and it works every single time. Starring Ryu Seung-ryong, Lee Hanee, Jin Sun-kyu, Lee Dong-hwi and Gong Myung, "Extreme Job" is about a detective squad that starts running a chicken restaurant to take down a drug ring but becomes popular for their chicken. If you haven't watched "Extreme Job" yet, you're truly missing out! 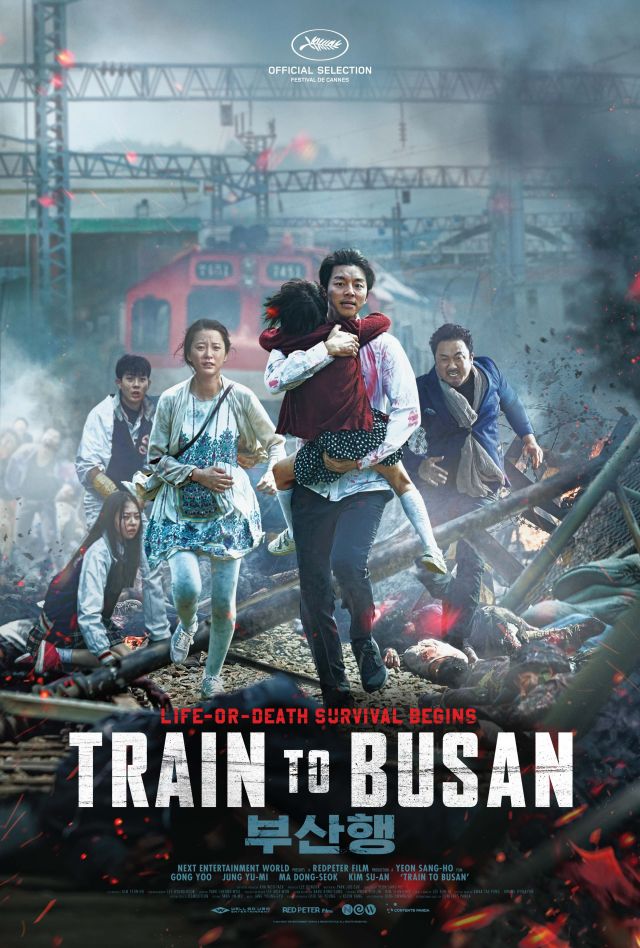 The fact that Ma Dong-seok would appear more than once in a list of the best action thrillers to come out of South Korea is no surprise. "Train to Busan", starring Gong Yoo, Ma Dong-seok, Jung Yu-mi, and Kim Su-an, tells the story of a zombie outbreak on a KTX. Produced by Yeon Sang-ho, this is the film that started the K-Zombie craze all over the world, and it is every bit worth the hype. If you can't get enough of zombies after this movie ends, check out the sequel, "Peninsula". 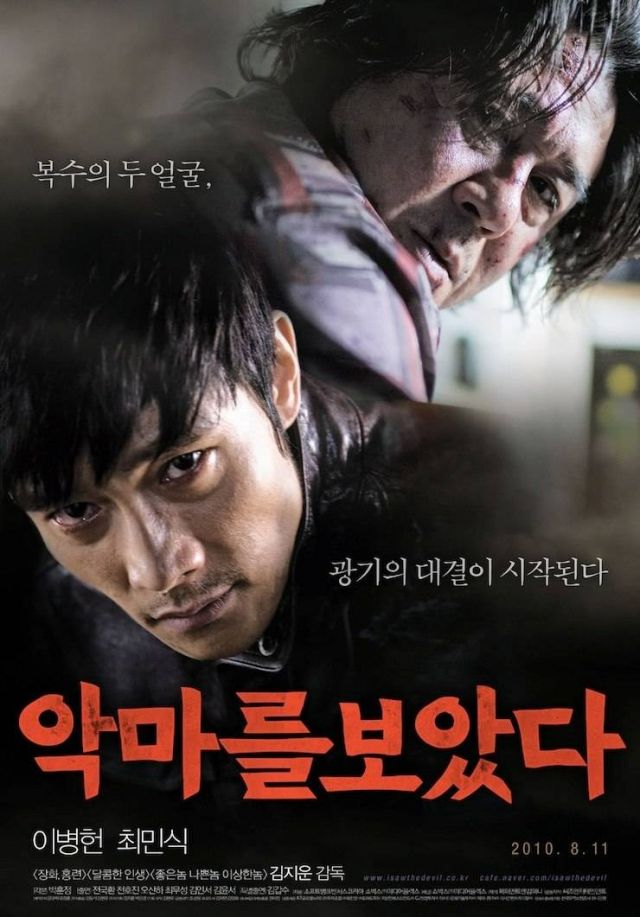 "I Saw the Devil"

A film that well justifies its name, "I Saw the Devil" revolves around a hellish serial killer and a secret agent who vows to hunt him down after the death of his fiance. Starring Lee Byung-hun and Choi Min-sik, this film is a gory revenge thriller that will linger long after it's over. Despite the dark and twisted violence, it does give the viewer a lot to think about, which is what makes it memorable. 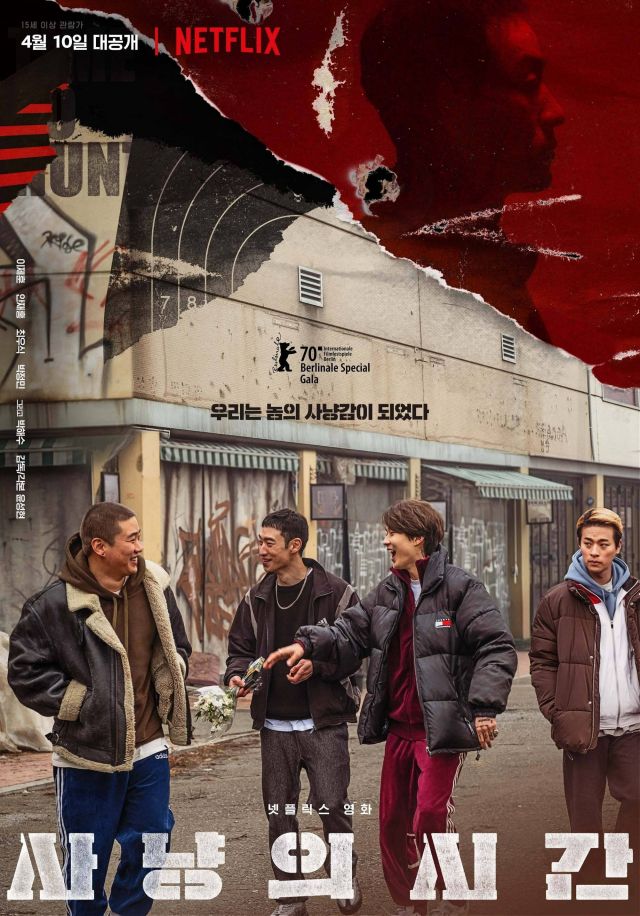 Starring Lee Je-hoon, Choi Wooshik, Ahn Jae-hong, Park Jung-min and Park Hae-soo in the leading roles, "Time to Hunt" is a heist thriller set in dystopian South Korea that quickly turns into a manhunt. Three friends plan their biggest and most dangerous money heist ever, only to end up on the hit-list of a vicious killer. The film excels in creating suspense and tension, which is retained until the very last scene. In a sense, it is also a psychological thriller that keeps you on your toes. If that sounds like your cup of tea, you do not want to miss "Time to Hunt". 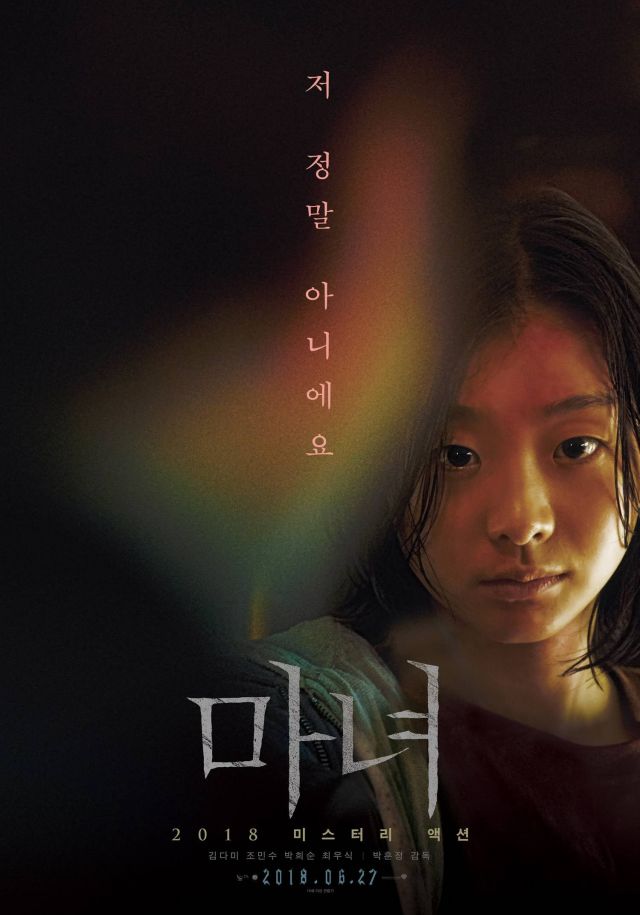 A genre-defining masterpiece, "The Witch : Part 1. The Subversion" is definitely one of the best Korean sci-fi action thrillers you can watch. Starring Kim Da-mi, Choi Wooshik, Park Hee-soon, Jo Min-soo, and Go Min-si, the film revolves around a young girl with superhuman abilities raised by an elderly couple. She seems to be suffering from memory loss and doesn't remember her past, so when she inadvertently runs into the people who genetically modified her, chaos ensues. The film also has a newly released sequel, "The Witch : Part 2. The Other One" , so now is a great time to watch both! 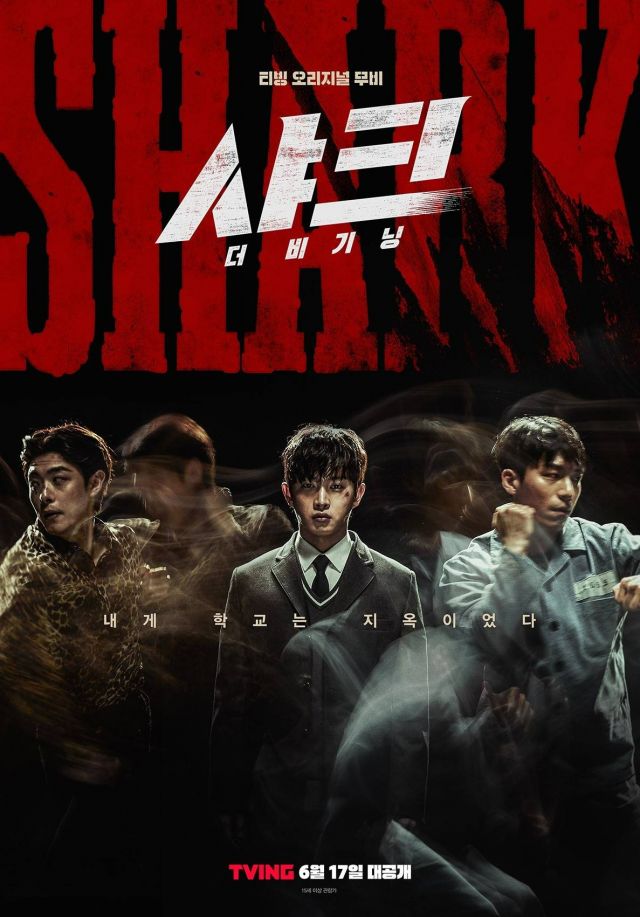 "Shark: The Beginning" is a classic underdog story that will satisfy all your action needs. Starring Kim Min-seok, Wi Ha-jun, and Jung Won-chang in the leading roles, this film tells the story of a victim of school violence, Cha Woo-sol, who is incarcerated after retaliating against his bully. In the dark, infernal prison, he meets mixed martial arts champion Jeong Do-hyeon and learns how to defend himself to the best of his abilities. The film is also getting a K-Drama adaptation, titled "Shark: The Storm", slated for release in 2023. 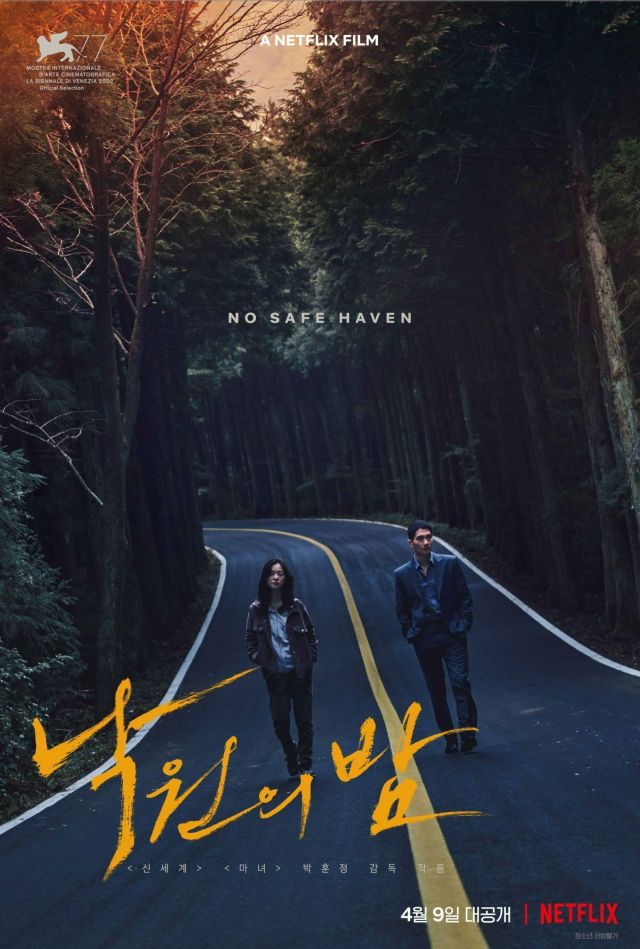 If you enjoy gang/mafia thrillers, "Night in Paradise" will be right up your alley. With a star-studded cast of actors, including Um Tae-goo, Jeon Yeo-been, and Cha Seung-won, it tells the story of a mobster named Tae-goo who loses everything in revenge, is betrayed by his own kind, and is living a joyless life ridden with anxiety. He meets Jae-yeon, a woman suffering from a terminal illness, and they start to empathize with each other. With extraordinary acting from the venerable actors, gorgeous cinematography, and an unbeatable plot, "Night in Paradise" is truly a work of art. 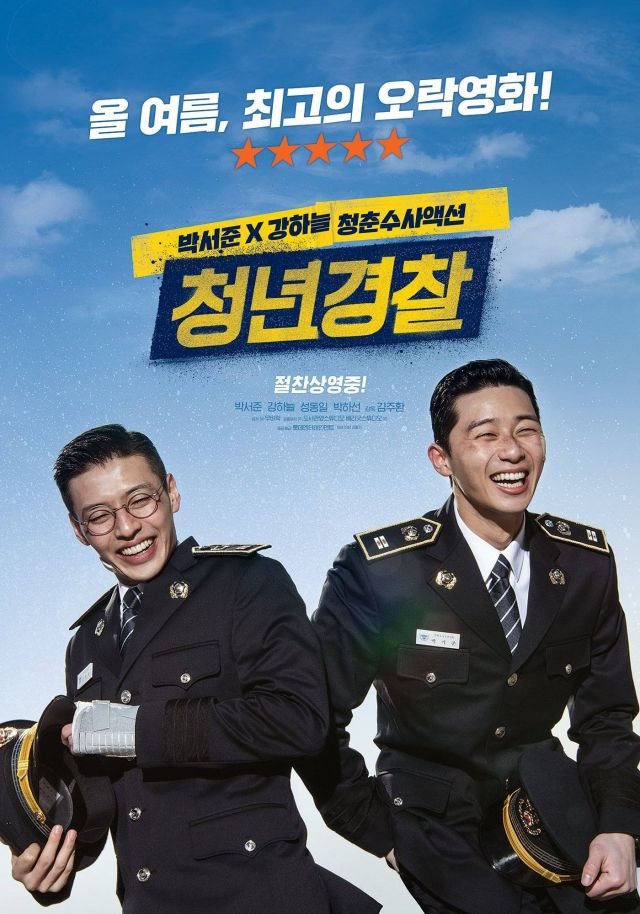 Finally, closing out this list, we have a light-hearted yet heavy, funny yet harrowing buddy cop film starring Park Seo-joon and Kang Ha-neul, "Midnight Runners". Two friends/police university students happen to witness a kidnapping late at night on their way back from the club. However, they're unable to draw attention to the case from the local authorities. Realizing that time is of the essence, they set off on their own investigation to save the victim. "Midnight Runners" is action comedy at its finest, and you will want to rewatch it over and over again.