"It's Okay to Not Be Okay" Is Global Hallyu K-Drama 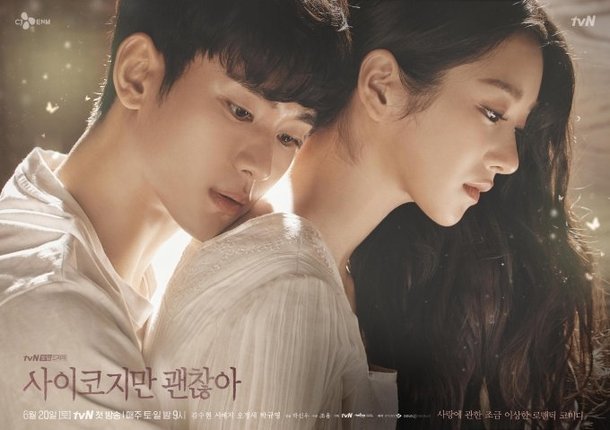 Kim Soo-hyun and Seo Ye-ji's "It's Okay to Not Be Okay" is currently a hit abroad.

Studio Dragon's "It's Okay to Not Be Okay" is being aired on tvN at the moment and it's being streamed on Netflix in over 190 countries all over the world including; Southeast and Northeast Asian countries such as Hong Kong, Malaysia, Singapore, Thailand, and Japan, as well as South American continents such as Brazil, Bolivia, Peru, Chile, Nigeria, Australia and the African continent.

Viewers all over the world praise the work, delivering responses such as "I'm fascinated by addictive stories and beautiful productions", "It's different from the K-drama I've seen so far", and "You shouldn't think of it as a classic romance drama, obviously a drama with a different depth".

Regarding the phenomenon of K-drama becoming popular around the world, a Studio Dragon official said, "We thank global viewers for their love for "Goblin", "Mr. Sunshine", "Crash Landing on You" and now "It's Okay to Not Be Okay"". He added, "Thanks to the global streaming service, we feel the K-drama consumer base is gradually expanding, and it seems to be a kind of chain effect, not a flash of popularity".

tvN's Saturday-Sunday drama "It's Okay to Not Be Okay" is a fantasy fairy tale-like romantic comedy drama in which Moon Kang-tae (Kim Soo-hyun), a caregiver of a mental ward who refuses to love due to the heavy weight of life and Go Moon-young (Seo Ye-ji), a fairy tale writer who doesn't know love due to a natural defect, take care of each other's wounds. It airs every Saturday and Sunday at 9PM.

""It's Okay to Not Be Okay" Is Global Hallyu K-Drama"
by HanCinema is licensed under a Creative Commons Attribution-Share Alike 3.0 Unported License.
Based on a work from this source