"It Was Love" Lee Jae-woo takes care of little girl 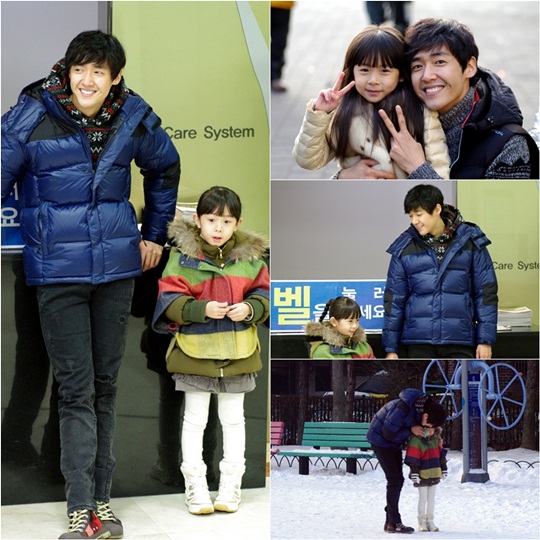 Actor Lee Jae-woo was seen taking care of the little girl in the drama like his own.

Lee Jae-woo is starring in the MBC drama "It Was Love" as Han Gyu-jin, the happy virus. His bold and sturdy character is appealing to the drama.

In the pictures revealed, Lee Jae-woo is posing with the little girl named Choi Ji-won starring as Jang-mi as if they were really niece and uncle. Lee Jae-woo can also be seen taking care of the little girl by giving her a hot pack and warming her hands in the freezing cold.

According to those around them, Lee Jae-woo looks at Choi Ji-won and smiles at her like an uncle would. He is always into playing with her and takes care of her like a father".

Meanwhile, the sixty-second episode of the drama "It Was Love" broke its own record with 14.1%.

""It Was Love" Lee Jae-woo takes care of little girl"
by HanCinema is licensed under a Creative Commons Attribution-Share Alike 3.0 Unported License.
Based on a work from this source