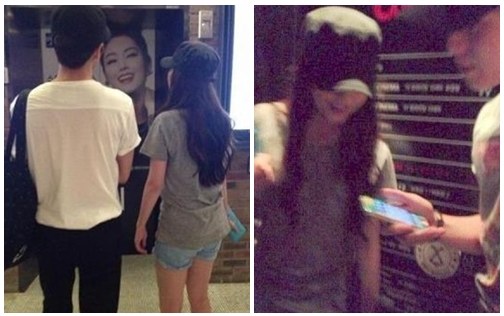 Singer IU and actor Lee Hyun-woo were seen at the movie theaters.

A couple of pictures of them were posted online on the 9th.

In the picture, the two of them have caps pressed low on their heads and heading to the theaters.

The picture isn't clear enough to make it out but the silhouette is very much like IU's and Lee Hyun-woo's.

Meanwhile, IU and Lee Hyun-woo first met in IU's music video "You and I" in 2011 and also co-hosted the SBS TV program, "Ingigayo".

"IU and Lee Hyun-woo caught watching a late night movie"
by HanCinema is licensed under a Creative Commons Attribution-Share Alike 3.0 Unported License.
Based on a work from this source