IU claims No. 1 spot on Gaon chart once again with "Good Day" 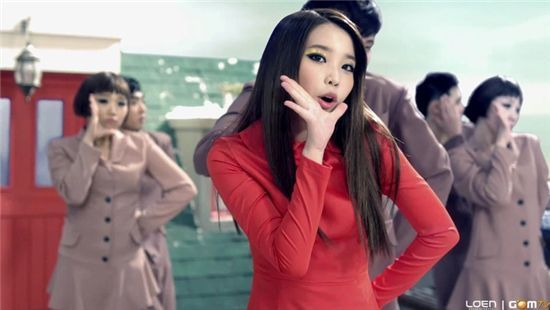 Songstress IU's new song "Good Day" took first place once again on Gaon's singles chart during the week of December 12 to 18, according to the data released on Thursday.

"Good Day" is the title track from IU's second EP album titled "Real", which has swept various online and offline music charts since its release early this month. The song tells a story about a girl who is nervous and elated about confessing her feelings to a boy.

Coming in at No. 2 was "I Love You", a track from the soundtrack to SBS' spy-thriller series "ATHENA", by Taeyeon of nine-member girl group Girls' Generation.

Girl group Sistar's dance number "How Dare You", a song which warns a boy to stop playing games to a girl, slipped down a notch to third place.

"IU claims No. 1 spot on Gaon chart once again with "Good Day" "
by HanCinema is licensed under a Creative Commons Attribution-Share Alike 3.0 Unported License.
Based on a work from this source