IU retorts to scandal about marriage with 'H' 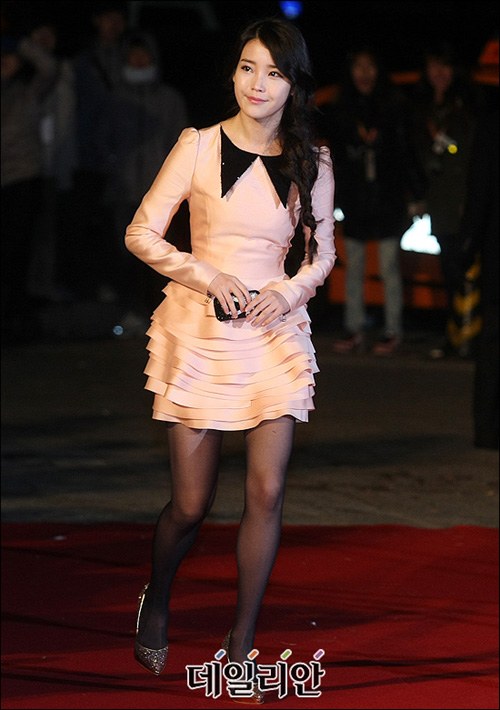 Singer and actress IU was firm about the marriage rumor going around right now.

Her agency claimed, "We feel regret in the fact that baseless rumors have been spread about IU by online messengers, SNS and mobile messengers in the name of stock pamphlets".

"We have requested an investigation on the source of this rumor and we will claim responsibility on the person(s) who started this. The rude and critical comments online towards IU are also being put into investigation and will be claimed defamation".

"We plan on dealing strictly with those who make up and spread baseless rumors that go beyond the limit and for the sake of the artist who goes through a hard time, we hope people out there don't report over exaggerated speculations".

Meanwhile, IU was reported to be getting married to "H" from a boy band this October.

"IU retorts to scandal about marriage with 'H'"
by HanCinema is licensed under a Creative Commons Attribution-Share Alike 3.0 Unported License.
Based on a work from this source