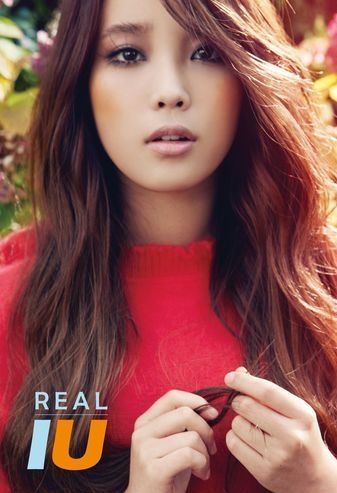 "Good Day", which showed up in Gaon chart for the first time, is the title track to IU's second EP album "Real" that tells of a girl nervous and at the same time elated over confessing her feelings to a boy.

Landing on second place was "How Dare You", the title track to girl group Sistar's third single album that shot up 19 steps to take its present position. Equipped with a fast beat and spunky rhythm, the song warns of a guy playing games on a girl.

Brown Eyed Soul's "If It Were Same", a ballad that pleads a girl to come back, ruled the chart the previous week but was pushed down two steps to settle at No.3.

No.2 was newcomer "Happy Pledis 1st Album", the 5th single by female idol group After School, released on December 7.

The third runner was the original soundtrack to popular SBS mini-series "You're Beautiful" (2009) which climbed six steps from the past week. The show starring Jang Keun-suk and Park Shin-hye was a success both at home and overseas, boosting album sales as well.

"IU's new song tops weekly Gaon chart"
by HanCinema is licensed under a Creative Commons Attribution-Share Alike 3.0 Unported License.
Based on a work from this source