IU spotted on the streets with... what is that? 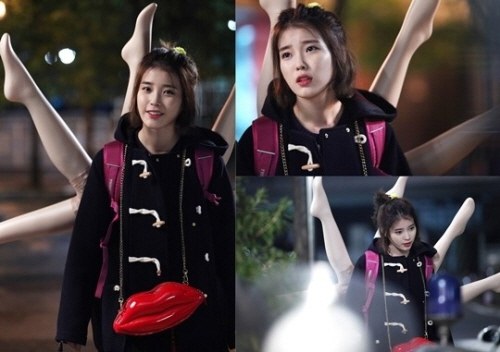 IU was seen on the streets.

IU is wearing a bag that has 6 manikin legs sticking out. Many are curious as to what this really is.

Apparently, IU is doing well to put on the role of bold and cute Kim Bo-tong. She's pretty but silly and sometimes genius when it comes to doing something for Dok-go Mate.

"IU spotted on the streets with... what is that?"
by HanCinema is licensed under a Creative Commons Attribution-Share Alike 3.0 Unported License.
Based on a work from this source