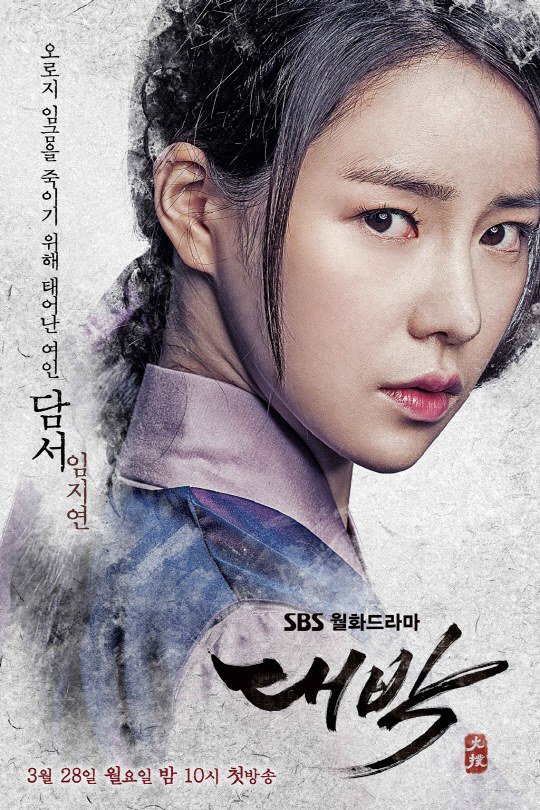 Actress Lim Ji-yeon is going to go through a massive transformation.

The lovely 'Candy Girl' Lim Ji-yeon is coming back with a whole new look. She's starring in the new SBS drama "Jackpot" as the girl with a knife, Dam-seo.

"Jackpot" is a drama about the battle between an abandoned prince named Dae-gil (Jang Keun-suk) and his brother. This drama is one of the most anticipated dramas of 2016.

"Jackpot" is under the spotlight even before its release. Posters of the 6 main characters has been made and are being released one by one; Jang Keun-suk's on the 8th and Yeo Jin-goo's on the 9th.

Lim Ji-yeon is glaring at the camera over her shoulder in the poster. She looks like she's determined for revenge and her aura overtakes the atmosphere.

Lim Ji-yeon is unlike any other actress in a historical drama. Her trademark long hair has been tied into a ponytail and her costume is far from fancy. The copy, 'Dam-seo was born only to kill the king' hints on the character that Lim Ji-yeon is going to become.

Lim Ji-yeon's transformation in "Jackpot" is very much looked forward to. She is the only actress between Jang Keun-suk and Yeo Jin-goo.

Meanwhile, "Jackpot" is a fantasy romance drama about a battle between an abandoned prince and his brother. The first episode can be seen on the 28th of March.

""Jackpot" Lim Ji-yeon to go under massive transformation"
by HanCinema is licensed under a Creative Commons Attribution-Share Alike 3.0 Unported License.
Based on a work from this source