Jang Dong-gun Comes out with Another R-Rated Film 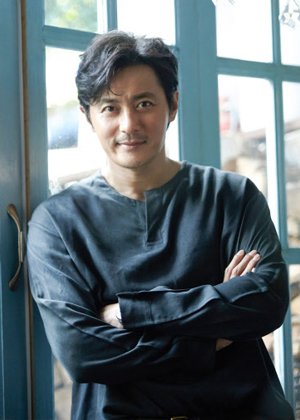 Actor Jang Dong-gun is set to show off his rugged side, taking on a tough-guy role in an action-packed spy film to be released next week.

"It was my first time wearing glasses for a role since a TV series I appeared in about 20 years ago. I felt unnatural, as if I were wearing a disguise. In fact I tried on about 100 pairs to find the right ones before shooting started", Jang said at a press event on Thursday ahead of the release of the film "V.I.P".

Thanks to his pretty face, he has played mostly warm, romantic roles on TV. But when it comes to movies, things are different. Like many of his films, the new film carries an R rating. Asked if his good looks limit the types of characters he can play, he replied, "Why should they?"

"I grew up watching 'The Godfather' series and Hong Kong noir films. Maybe that's why I tend to play dark and heavy characters. Like many other actors, I choose projects that suit my personal tastes", he said.

Jang was recently invited to throw out the ceremonial first pitch at a Major League Baseball game between the New York Mets and the Los Angeles Dodgers.

Jang is not only a baseball buff, but also a talented player, serving as the starting pitcher for an amateur team launched in 2003 by a group of actors and other celebrities as a social activity.

"We usually play on Sundays, but I haven't been able to play much for the past five years because I needed to spend time with my children", said Jang, who has a son and a daughter.

He and his wife, actress Ko So-young, are known to be a devoted couple. "So-young really brightened up and gained confidence from her appearance in the recent TV series "The Perfect Wife", which marked her return to acting after a 10-year break. Seeing her happy made me happy", he said.