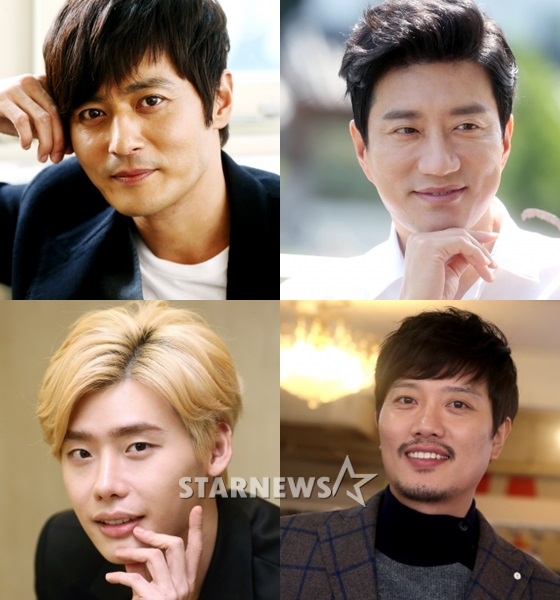 It is most likely that Jang Dong-gun, Kim Myung-min, Park Hee-soon and Lee Jong-suk will join in movie "V.I.P".

According to sources in film industry on June 27, the four stars have received offers from Park Hoon-jung's new movie, "V.I.P" and all of them are discussing the offers positively. Many discussions are still going on with the director Park Hoon-jung as it is prior to pre-production stage at the moment.

"V.I.P" will be "The New World" and "The Tiger: An Old Hunter's Tale" director Park Hoon-jung's next film project. A son to a high-ranked official in North Korea commits a series of murders going across the countries around the world. The movie depicts the following events as South Korea, North Korea and Interpol start chasing down after him.

Kim Myung-min, Lee Jong-suk, and Park Hee-soon have accepted the offers from director Park Hoon-jung with pleasure. Jang Dong-gun, who is currently filming drama 'It Hurts Me When Thinking about You, whom I loved' in China, will meet Park Hoon-jung soon to make the final decision.

"V.I.P" is drawing attention for the star-studded cast comparable to "The New World" and the fact that the director is returning to his expertise story.

"V.I.P" will complete cast soon and is planning to begin filming in October this year in full scale.

"Jang Dong-gun, Kim Myung-min, Park Hee-soon and Lee Jong-suk in talks to join for new movie 'V.I.P' by Park Hoon-jung "
by HanCinema is licensed under a Creative Commons Attribution-Share Alike 3.0 Unported License.
Based on a work from this source