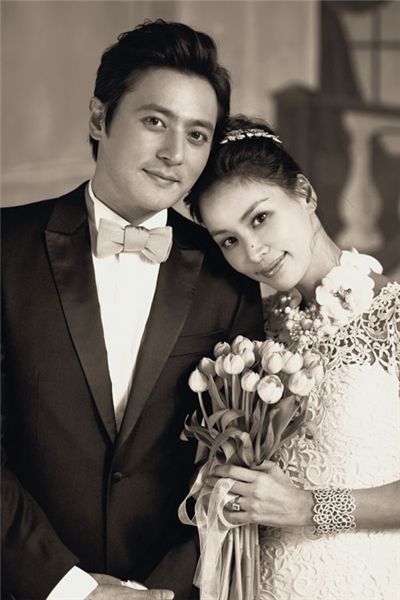 The pre-wedding photographs of top Korean stars Jang Dong-gun and Ko So-young have been revealed.

Jang's agency AM Entertainment released an official statement late on Wednesday containing two black-and-white photos of the groom-to-be sporting a tuxedo and his fiancee donning a different wedding gown in each picture.

The photo shoot, which took place in private last Saturday, had been helmed by renowned wedding photographer Hong Hye-jeon.

Details about their wedding garments and rings were also revealed in the statement, quoting famed designer Jung Yoon-gi who is also Ko's personal stylist and director of the couple's upcoming wedding.

"Ko will wear Oscar de la Renta, as had already been known, while Jang will wear Tom Ford, and their wedding rings will be by Chopard", Jung explained.

AM also said that Shin Seung-hoon, one of Korea's most influential artists, will sing at the May 2 wedding.

Famed Korean literature critic Lee Eo-ryung will officiate the ceremony while veteran Korean actor Park Joong-hoon will be the host.

Ko and Jang had made headlines last November after admitting to their two-year romantic relationship, confirming dating rumors that they had sparked since first meeting as co-stars in the 1999 film "Love Wind, Love Song". 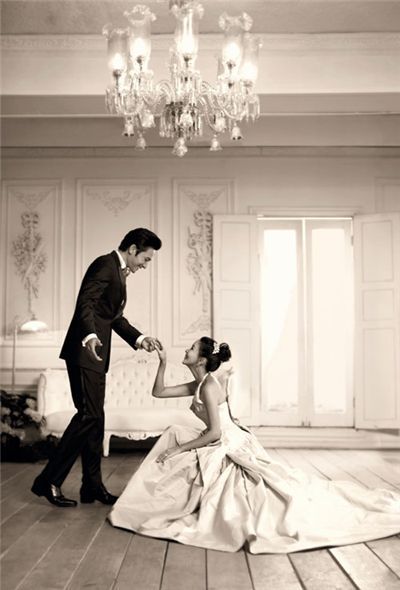