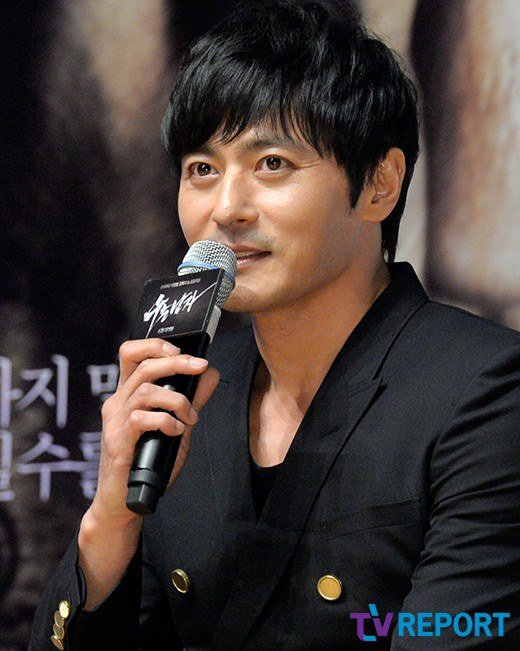 The showcase for the new movie "No Tears for the Dead" was held in Gungook University on the 20th with Jang Dong-gun, Kim Min-hee, Kim Hee-won and others.

Jang Dong-gun acts in the role of a problematic, cold-blooded killer and was asked what it was like to live with an appearance like his. He said, "It's not bad. It's convenient".

"Actually, there's nothing. I just look at myself in the mirror when I finish making up myself and say 'not bad'. I don't look at myself everyday and think I am so handsome".

"No Tears for the Dead" is about a killer named Gon who lives sacrificing everything, meeting Mo-kyeong under the orders of his organization and contemplating between duty and guilt. It is directed by Lee Jeong-beom from "The Man From Nowhere". To be released on the 4th of June.

"Jang Dong-gun, "Living with a face like this? It's not bad...""
by HanCinema is licensed under a Creative Commons Attribution-Share Alike 3.0 Unported License.
Based on a work from this source