Jang Dong-gun's handwriting is as handsome as his face 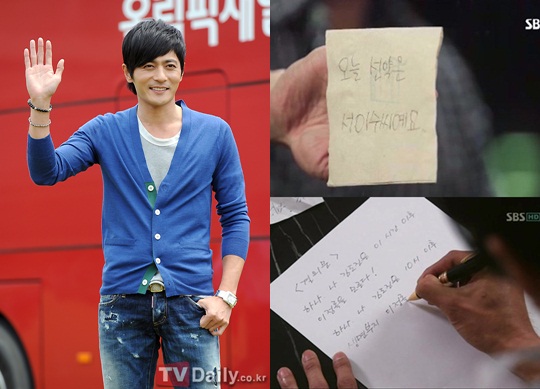 Kim Do-jin (Jang Dong-gun) wrote on the tissue, "You are my appointment today" and Seo Ee-soo stepped closer to where he was standing and kissed him on the other side od the glass.

Jang Dong-gun's handwriting was well known from before. It had been seen in his autographs or when he writes letters for his fans.

Meanwhile, "A Gentleman's Dignity" on this day broke through 20%.

"Jang Dong-gun's handwriting is as handsome as his face"
by HanCinema is licensed under a Creative Commons Attribution-Share Alike 3.0 Unported License.
Based on a work from this source