Jang Dong-gun to Advance to Hollywood with Zhang Ziyi 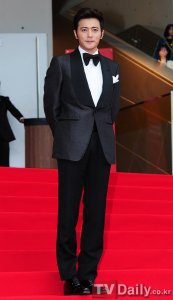 Directed by Sngmoo Lee, "Laundry Warrior" ("The Warrior's Way") is a joint project of South Korea, China and the United States.

It will be produced by Boram Film, which has also produced other joint projects such as "Seven Swords" and "A Battle of Wits", with the participation of Barrie Osborn, who also produced the "Matrix" series and "The Lord of the Rings".

Jang's decision to debut in Hollywood will be finalized this month after negotiations of all terms and conditions are finished. His partner will be Zhang Ziyi.

China's Xinhua agency wrote in a story about Zhang that the actress's next work will be the movie "Laundry Warrior" ("The Warrior's Way"), where she plays opposite Jang.