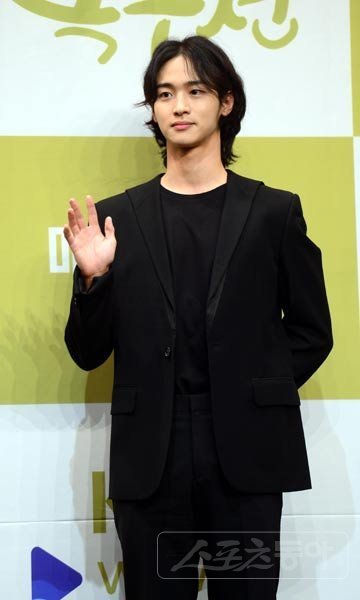 Actor Jang Dong-yoon is about to become a Hallyu star.

Jang Dong-yoon is taking his fan meeting to all of Asia. This is an achievement he's created in 3 years since his debut in 2016 with "Women at a Game Company".

Jang Dong-yoon is holding his first ever fan meeting at the Art Center in Seocho-dong, Seoul on the 8th of December at 3PM and 7PM. Then he'll be moving on to other parts of Asia to meet his fans. Sources say, "It's going to be like a tour where we begin the first fan meeting in Seoul and move on up to other countries in Asia. We are currently working on the final bits of scheduling".

This shows just how popular Jang Dong-yoon has gotten. He's only just begun to get famous, but all this was possible thanks to loyal fans who filled up all the seats in the venues. Sources of the actor say they picked venues that had the least distance between the stage and the audience. Fan meetings in other countries will also be held in similar conditions.

Jang Dong-yoon gets his experience from dramas "Women at a Game Company", "A Poem a Day", "Mr. Sunshine" and more. He also starred in "School 2017" which is also called 'the stepping stone to stardom'. Currently, Jang Dong-yoon is greatly popular due to the KBS 2TV drama "The Tale of Nokdu" for his make-over of a woman being more beautiful than many a woman herself.

"Jang Dong-yoon, a Rising Hallyu Star"
by HanCinema is licensed under a Creative Commons Attribution-Share Alike 3.0 Unported License.
Based on a work from this source