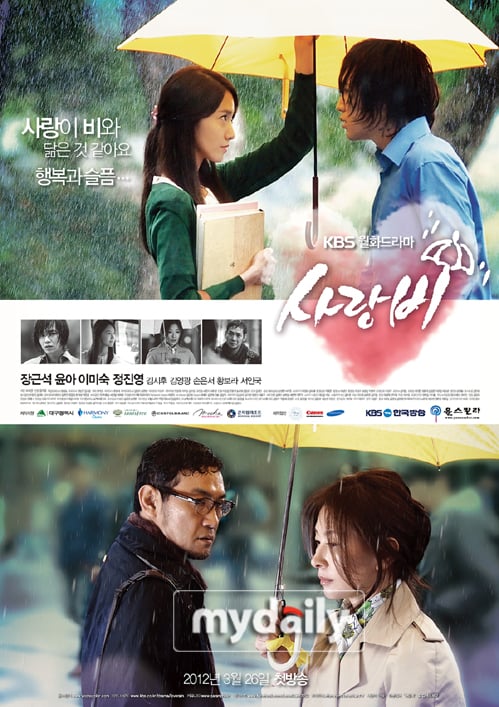 According to AGB Nielsen Media Research on the 27th, KBS 2TV drama "Love Rain" rated 5.8% which was the lowest out of all dramas aired at the same time.

This drama is made by "Autumn in my Heart" director Yoon Seok-ho and writer Oh Soo-yeon and starred in by Hallyu stars Jang Keun-suk and Girls' Generation Yoona. Seeing this, the viewing rate was quite miserable. The disappointment is even bigger since it attracted so much attention before it was even aired.

Seo In-ha (Jang Keun-suk) and Kim Yoon-hee's (Yoona) destined love opened the gates of the drama and expressed it well in the 1970s style.

"Jang Keun-suk and Yoona's "Love Rain" starts low 5.8%"
by HanCinema is licensed under a Creative Commons Attribution-Share Alike 3.0 Unported License.
Based on a work from this source