Jang Keun-suk to star in film "You Pet" 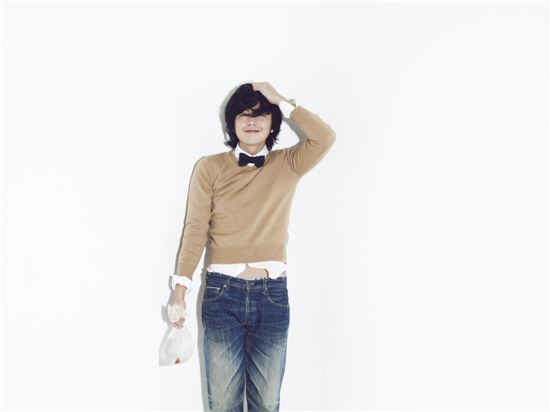 Hallyu star Jang Keun-suk will be making a comeback to the big screen in a new film titled "You Pet", according to his agency Tree J. Company on Tuesday.

Tree J. announced in a press release that the actor has been cast as the male lead in "You Pet", playing a promising classical ballet dancer who becomes a personal pet for a professional working woman.

"I wanted to play a cheerful character for my next role and I thought the film 'You Pet' is something that fits me incredibly well", the actor was quoted as saying about the new role. "Personally, I have high hopes for the movie because I believe I will be able to show a different side to myself through 'You Pet'".

"Pet", based on a popular Japanese comic series by Yayoi Ogawa, is about a young single woman who invites a homeless man into her home to be her pet and the two gradually start to grow romantic feelings toward each other.

The award-winning comic series was also made into a Japanese television drama in 2003.

Jang, 23, has appeared in several notable television dramas and films including "Beethoven Virus" (MBC, 2008) and "The Case of Itaewon Homicide" (2009).

He became a phenomenon in Korea and throughout Asia after starring in the hit TV series "You're Beautiful" (SBS, 2009), in which he portrayed an eccentric lead singer of idol group A.N.JELL.

The actor, who is currently holding fan meetings in various Asian countries, is preparing to go into shoot for the film which is scheduled for local release in the second half of this year.