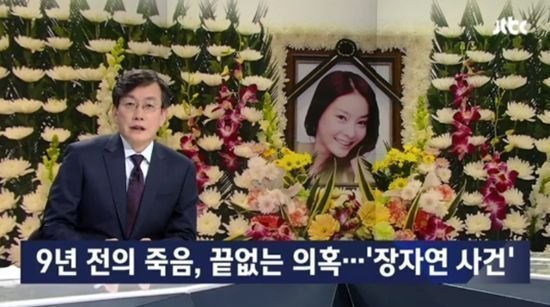 The Ministry of Justice Prosecution Committee held the 10th meeting on the 2nd and five preliminary survey subjects were selected for the first preliminary investigation cases.

Jang Ja-yeon killed herself because she was unable to withstand the pressure of having to provide 'services' to key members of the media and entertainment industries.

Jang Ja-yeon's management head and managers were sued for abuse and defamation, but others who were related to the case were found not guilty and the prosecution received criticism for an improper investigation.

On the other hand, the National People's Petition, requesting the truth of the 'Jang Ja-yeon case' got more than 200,000 people's consent.