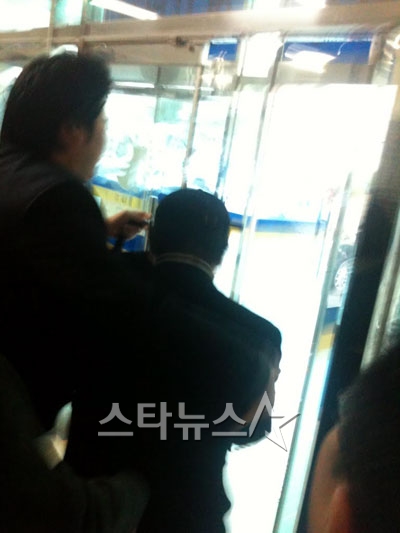 Being charged without detention for assault and such charges, the late Jang Ja-yeon's former management president Kim (42) submitted a plan of demonstration to have actress Lee Mi-sook as a witness.

At the hearing n the 12th in the Suwon Court of Law, Kim's lawyer claimed that Lee Mi-sook took part in completing this plan, "Lee Mi-sook called director Jeong Se-ho to tell him the A4 paper which Jang Ja-yeon composed before her death also existed".

The lawyer then submitted the plan to request for Lee Mi-sook as a witness. The justice department then revealed, "We will what the prosecutors have to say and decide".

Previously, Kim's lawyer had said at the hearing last month, "Jang Ja-yeon's 'will' was made up to be used for lawsuit or to pressure Kim" and requested the department head Jeon from the management and Lee Mi-sook as witnesses.

At the time the lawyer said, "There needs to be proof that the 4-page 'will' by Jang Ja-yeon is in fact genuine" and reasoned why he requested for witnesses, "Lee Mi-sook and Song Seon-mi were preparing a lawsuit to move to another entertainment company put up by Yoo Jang-ho".

He continued, "Yoo Jang-ho had used Lee Mi-sook to approach the late Jang Ja-yeong to pressure Kim. The will looks like it was made to be a tool for the lawsuit or to pressure Kim".

Lee Mi-sook had been questioned once in 2008 during the 'Jang Ja-yeon case'. The police had then dispatched investigators to pick up Lee Mi-sook from her drama set.

Related to this event, Jang Ja-yeon's previous manager Yoo Jang-ho, who was charged without detention for libel and others was sentenced to 1 year in prison and 2 years probation in the court of first instance, requested the manager of that day H, as a witness.

Meanwhile the next hearing is on May 17th at 11 in the morning.

"Jang Ja-yeon's former boss submits a plan of demonstration for Lee Mi-sook's witness request"
by HanCinema is licensed under a Creative Commons Attribution-Share Alike 3.0 Unported License.
Based on a work from this source