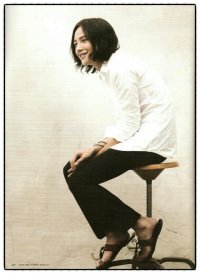 Jang Keun-suk's popularity is expected to soar even further with the upcoming launch of the popular Korean TV drama series "Beethoven Virus" in Japan.

Jang recently opened his official Japanese website ( Open the link ) and will prepare a special event to meet with his fans. He also plans to provide realtime information for his fans via a mobile fan site.

The Korean Council will also hold a "Korean Film Showcase" from December 13 to 19 at the Tokyo CQN theater featuring "Baby and I" and "The Longest 24 Months", which both star the actor.

The satellite channel Mnet, which specializes in Korean broadcast content, will begin airing "Beethoven Virus" starting December 22. To celebrate the launch of the popular TV series, Mnet will hold a fan meeting on December 17. Stars from the TV show, including Kim Myung-min, Lee Ji-ah and Jang Keun-suk will be invited to the fan meeting.