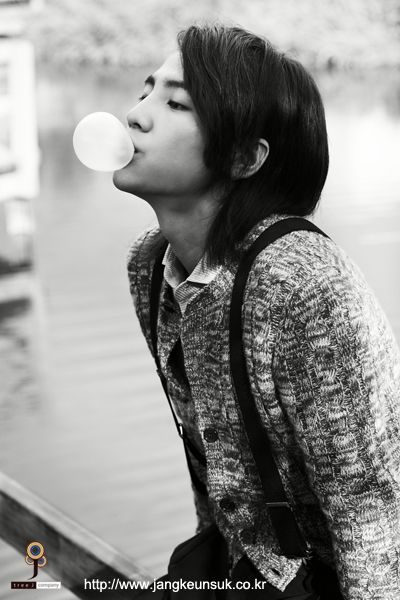 Korean actor and singer Jang Keun-suk has signed on for a role in an upcoming KBS drama, according to his agency Tree J. Company on Friday.

Tree J. announced in a press release that he will be playing the role of an Indie rocker in the series, based on the web-based cartoon by writer Won Soo-yeon, tentatively titled "Marry Me, Mary!".

"Marry Me, Mary!" is about a girl named Jung-in who has never been in a romantic relationship and instead has two fake marriages with two separate guys, a perfectionist and a leader singer of a band, with completely different personalities.

"I feel more pressured choosing a project that involves singing. It makes me wonder if I have a set image as an actor who only plays musicians in dramas", Jang was quoted as saying, adding that he enjoyed reading the synopsis for "Marry Me, Mary!".

"I feel like I am making a return and as an actor I get the most joy in starring in a new drama", Jang continued to explain. "I am putting everything into 'Mary' and hope to show the audience something new".

"Marry Me, Mary!" will premiere in the country in November.

Jang, 23, rose to fame with his roles in MBC's sitcom "Nonstop 4" (2003) and "Beethoven Virus" (2008). He became a household throughout Asia last year through his role of the eccentric lead singer in the hit SBS' series "You're Beautiful".

He recently wrapped up his Asia tour in Korea last weekend, which kicked off six months ago, where he met with numerous fans in Taiwan, Beijing, Singapore, Tokyo, Osaka and Hong Kong.