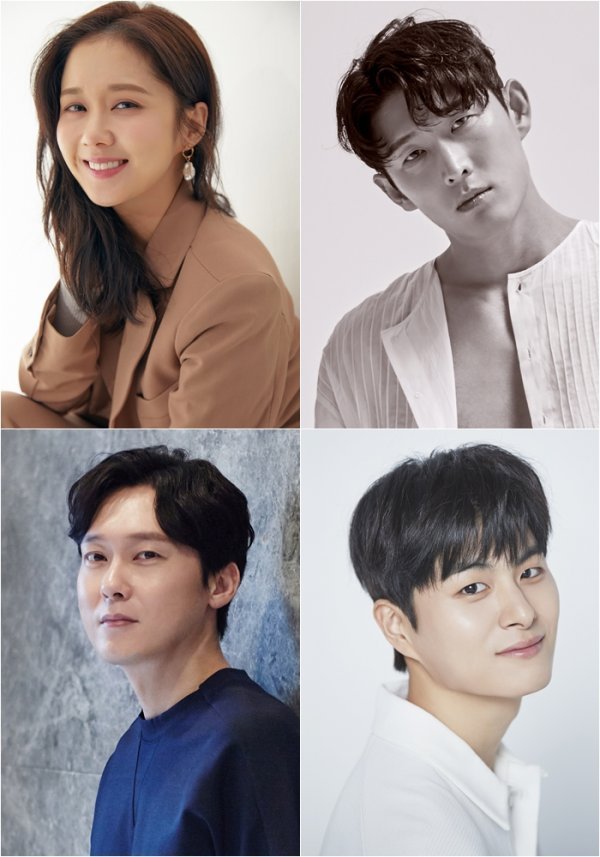 "Oh My Baby" is about a thirty-nine-year-old single woman who won't get married, but wants to have a baby, and three men who appear in front of her just when she's given up on love and marriage.

Jang Nara takes on the role of Jang Ha-ri, deputy head of childcare magazine The Baby. Jang Ha-ri has excellent work skills and a pure and innocent look, but she is a workaholic who hasn't been in a relationship for over 10 years. One thing she can't give up from her life is to have a baby of her own.

Go Joon plays Han I-sang, a freelance photographer. He's a YOLO kind of guy who is always looking for new hobbies. He's always complaining, but he's more passionate about his work than anyone else, and he can be off the wall sometimes.

The Best Supporting Actor for "The Fiery Priest" sets off on the wrong foot with Jang Ha-ri in the drama.

Park Byung-eun is Yoon Jae-yeong, a pediatrics specialist. He's friends with Jang Ha-ri and always bickers with her, but is also a single dad who is struck with the responsibility of having to care for his child alone. Behind Park Byung-eun's cool looks is a sly character, which synchronizes with Yoon Jae-yeong.

Finally, Jung Gun-joo plays Choi-Kang Eu-ddeum, a rookie intern in The Baby. He's super optimistic and only has eyes for Jang Ha-ri, and he is expected to be the new 'nation's puppy'.