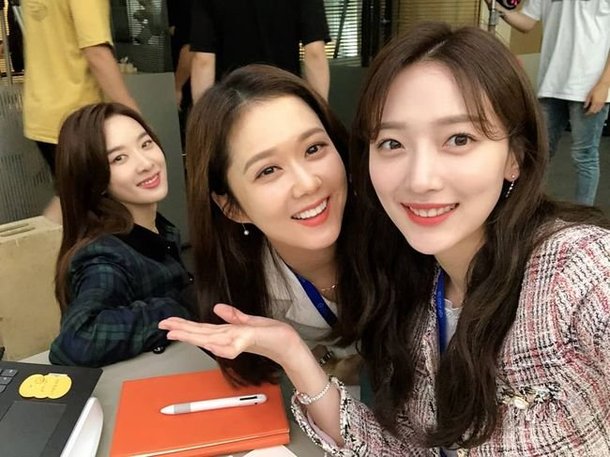 Jang Nara posted a picture on her Instagram saying, "Comfortable and warm" on the 20th.

Meanwhile, the three of them are starring in the new SBS drama "VIP", which begins in October.

"Jang Nara, Lee Chung-ah, and Pyo Ye-jin Looking Lovely Together"
by HanCinema is licensed under a Creative Commons Attribution-Share Alike 3.0 Unported License.
Based on a work from this source