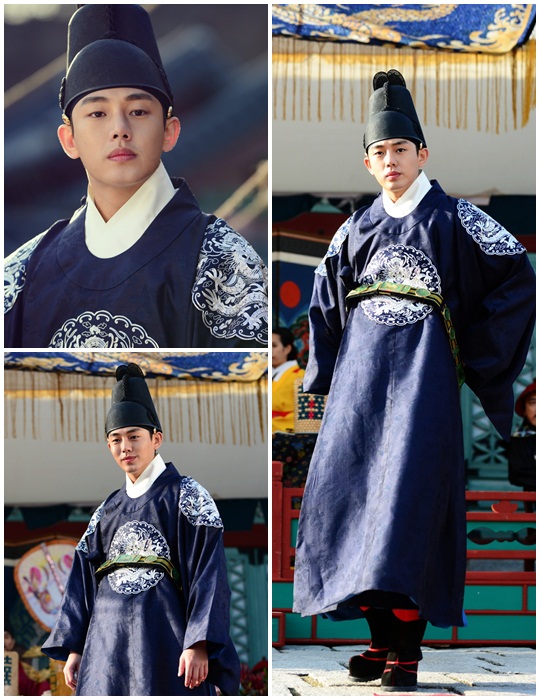 Recently, Yoo Ah-in shot a scene where he disputes with Min Yoo-joong (Lee Hyo-jung) in the Kyeonghee Palace. Tension flowed between the two of them while all civil and military personnel were watching. Yoo Ah-in's charismatic atmosphere surprised everyone even the staff.

Right before he started the drama, Yoo was in the movie "Tough as Iron" and he said, "I was going to be physically tired out but I was appealed by the character of Lee Soon. Some people told me to think about it but it was something I didn't want to miss. It's also somewhat like me so I felt more attached to it".

Producer Boo Sang-cheol said, "His eyes, his breath and lines were so perfect that everyone watched with their breaths held. While Yoo Ah-in can mesmerize the crowd with his charisma, he also has the appeal of a pure boy and he's just right for this character".

Meanwhile, Yoo Ah-in, Kim Tae-hee, Song Soo-hyun, Sung Dong-il, Jae Hee, Lee Sang-yeob and others are starring in the drama "Jang Ok-jeong" which is based on an original. To be aired on the 8th of April.

""Jang Ok-jeong" Yoo Ah-in, charismatic in the king stance"
by HanCinema is licensed under a Creative Commons Attribution-Share Alike 3.0 Unported License.
Based on a work from this source